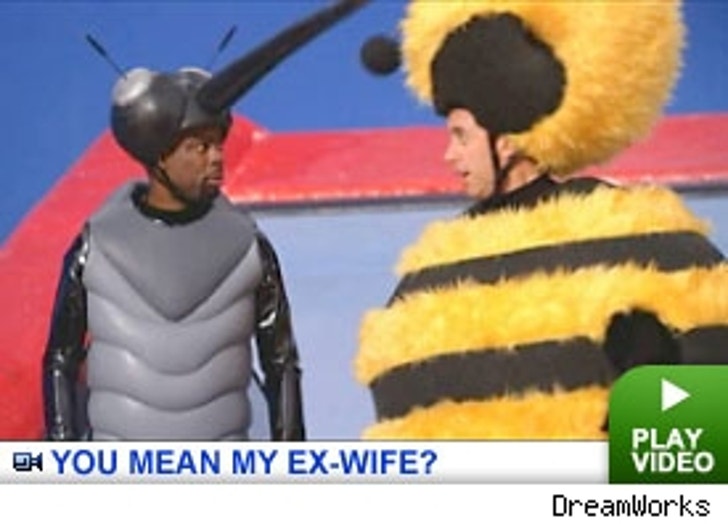 Jerry Seinfeld called on funny buddy Chris Rock to appear in a live-action trailer for Jerry's animated DreamWorks flick, "Bee Movie," where the comedic twosome are dressed as insects. In a case of art imitating life, a joke about Rock's wife seems just a tad buggy today.

In the trailer, Jerry, dressed as a bee, thanks Chris for appearing, to which Rock, in a fly outfit, responds, "You're going to come to my wife's book signing, right?"

Rock filed for divorce from his wife, Malaak Compton-Rock, on November 3. This gag might bug him now.