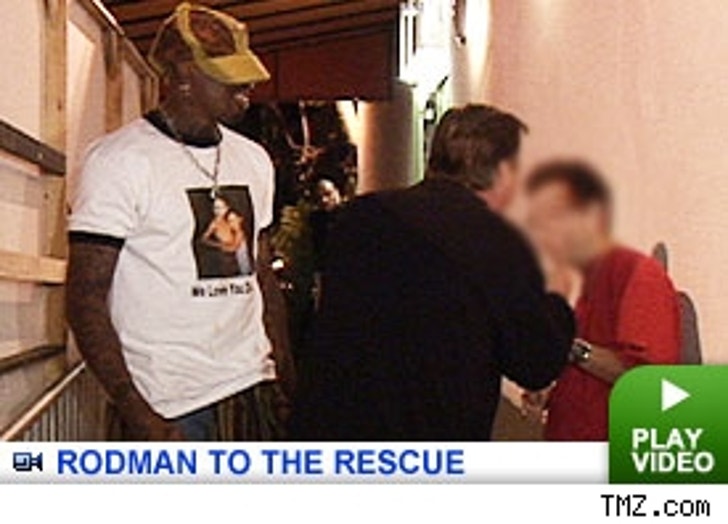 Dennis Rodman had 1,600 assists during his NBA career, but the one he made last might be his best.

Following a night of partying at Area nightclub in Hollywood, The Worm stopped a man who seemed like he'd been partying a little too hard. After a brief conversation, Rodman put his size 14 foot down.

"Hand me your keys ... I'm Dennis Rodman!" The seemingly inebriated man replied, "I know who you are ... I love you man." Rodman took the man's key and victoriously yelled, "It's all love baby!"

According to witnesses, Dennis had an SUV -- with a sober driver -- waiting on the street to drive everyone safely home. MADD props to Dennis for keeping a menace off the road.