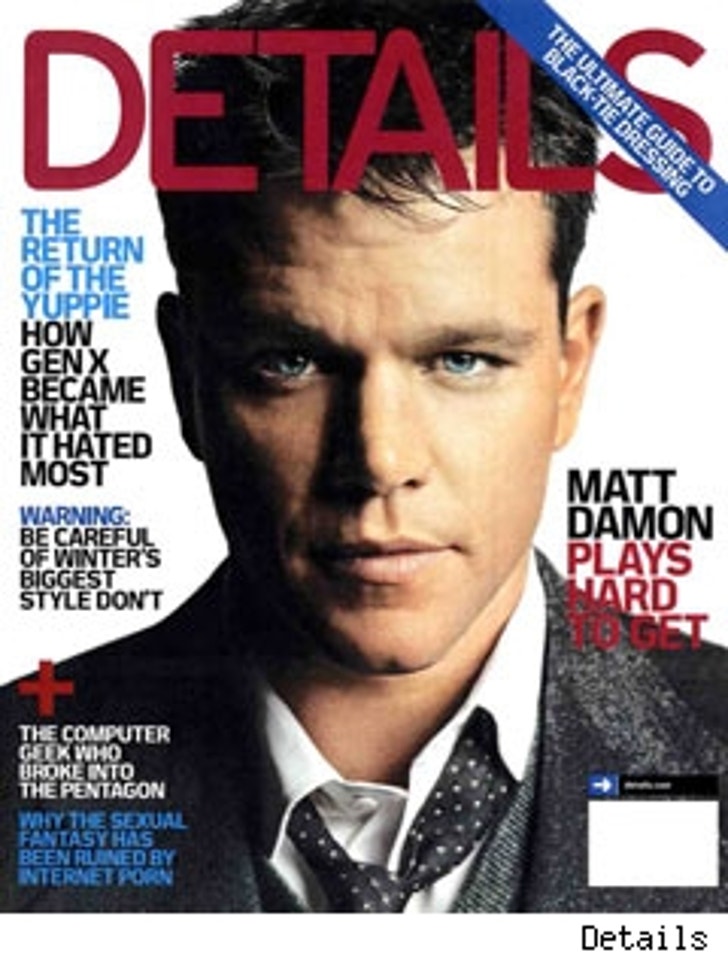 You think you know what Matt Damon considers his most cringe-worthy moment? No, it wasn't his high profile romance with klepto-thesp Winona Ryder, it was having to utter the line, "I like the way we danced," in Robert Redford's "The Legend of Bagger Vance."

According to Details magazine, the cheeseball line he muttered to Charlize Theron is "still hacking away from inside Damon's skull with a five iron." Not a disaster of Gigli-sized proportion.

One thing he is proud of: convincing "Bourne Supremacy" director Paul Greengrass and Universal Studios to reshoot the ending of the film, using Matt's more spectacular ending, just three weeks before the film's release! The man's got balls!

Matt, known among his peers for avoiding the limelight, believes that too much exposure can turn an otherwise serious actor into a "personality" and lead to not being believable in different roles. Can you say "Bennifer?"

From his stellar reviews in "The Departed," it doesn't look like Matt has anything to worry about.