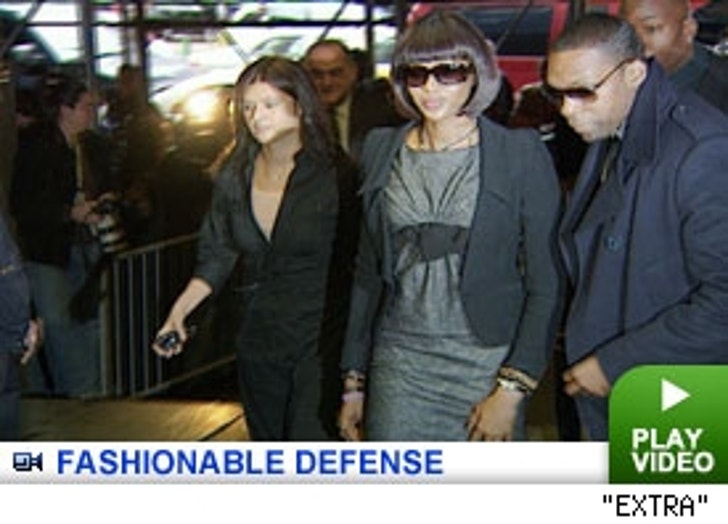 Supermodel Naomi Campbell strutted her way into New York criminal court today, sporting an expensive haircut and designer clothes -- but her stylish efforts didn't have the effect she'd hoped for -- Campbell's lawyer was unsuccessful in cutting a deal with the District Attorney's office on charges that she threw a cell phone at her maid last year. Naomi was upset about some allegedly missing jeans.

While Naomi's attorney claims that the parties were "not ready" to go forward, he feels confident that the case will make some progress at the next hearing, January 17, 2007.