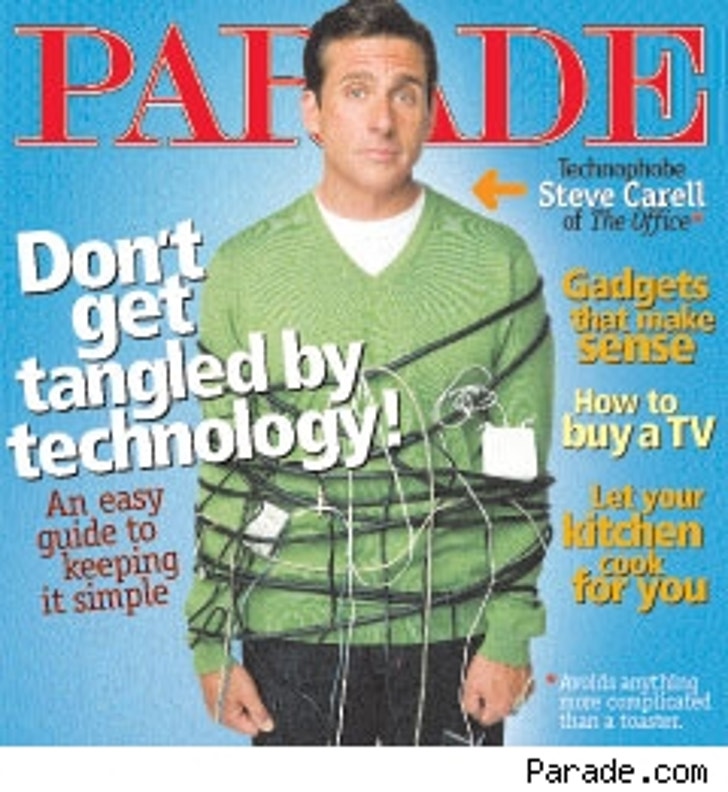 Steve Carell may be the boss at NBC's hit, "The Office," but he won't return your email. He's not rude, it's just that he feels his "5-year-old daughter navigates the computer better ... and text messaging is completely foreign to me." Get with the 90s, pal!

Although he "can pretty much do everything with a microwave," Carell jokingly tells Parade magazine, "I do own a cell phone ... and it's not rotary." As for the Blackberry, the Golden Globe winner thinks, "they should be banished from Earth."

Carell's co-stars may have a problem with "the boss," since John Krasinski, Jenna Fischer and B.J. Novak tell Parade they are all thumb-thumping "Crackberry" addicts. Fischer admits, "You can't write anything too intimate when you have to type with your thumbs." Hmmm, we hadn't noticed that.

Rainn Wilson (Dwight) prefers his Treo, because now that he is a "huge, minor television celebrity" he likes to "Google himself hourly." Now that's Dunder-Mifflin efficiency!