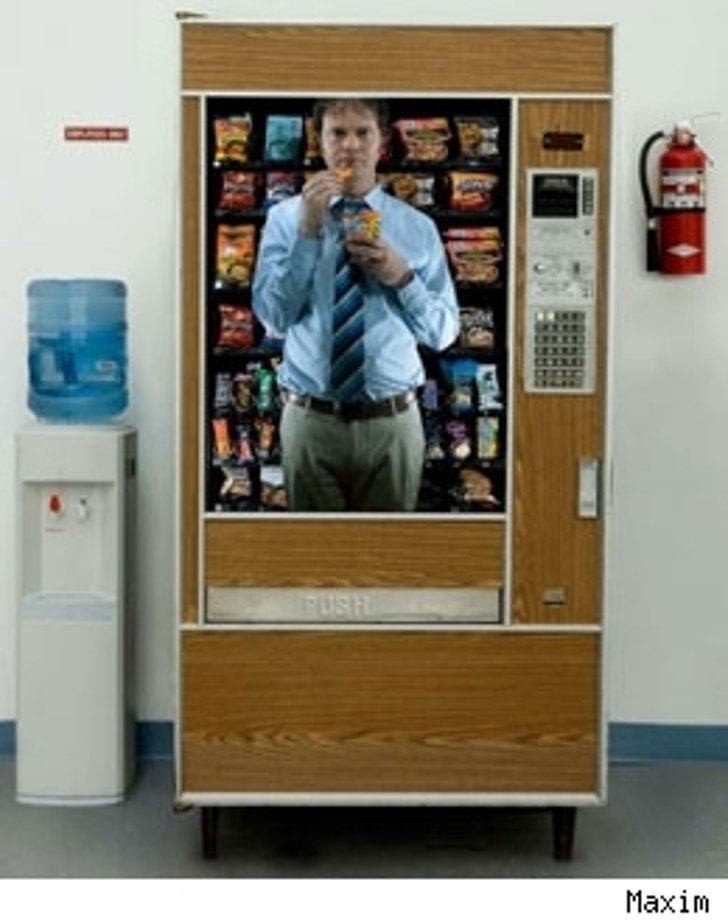 Almost everyone has that guy at work who knows a little too much about Star Wars and Bruce Lee. The guy with the employee manual memorized and the boss' home phone on speed dial. That guy in NBC's hit "The Office" is Dwight Schrute, a character played by Rainn Wilson.

From Dwight to a sicko mortician in "Six Feet Under" to his current film "My Super Ex-Girlfriend" playing a wingman to Luke Wilson's character, Rainn is becoming a household name (even though it's a bit odd.)

Rainn cites his offbeat family for his comic sensibilities. "A crazy mix of hippie bohemian culture and white trash." That combined with a string of horrid jobs, including a grease ball insurance broker in New York where he would lie his way into offices to get appointments, paves the way for a genius comic career.

Read more about Rainn in the August issue of Maxim Magazine and see him in "My Super Ex-Girlfriend"starting today.