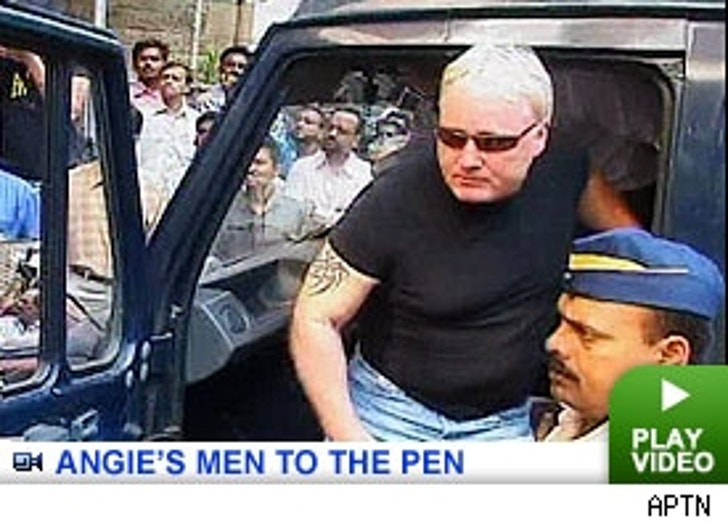 Looks like Angelina's protectors do their job ... a little too well.

Police in India arrested three of the star's bodyguards today, for allegedly roughing up parents and students at a school where Jolie was filming scenes for "A Mighty Heart." Her guards also caused controversy by reportedly calling the people of Mumbai "bloody Indians" and "bloody Muslims" during the standoff.

Though the ruffians were jailed, they were eventually released on bail and asked not to leave the country for a week, and to report to the local police office every day. If convicted, they could be jailed for up to three years!

Since arriving in India, Angie's bodyguards have had a string of run-ins with locals and paparazzi. An AP photographer alleged he was threatened with a gun, and another photographer was choked by a member of her entourage.

Protection is hard work ... in this case, it could lead to hard time.