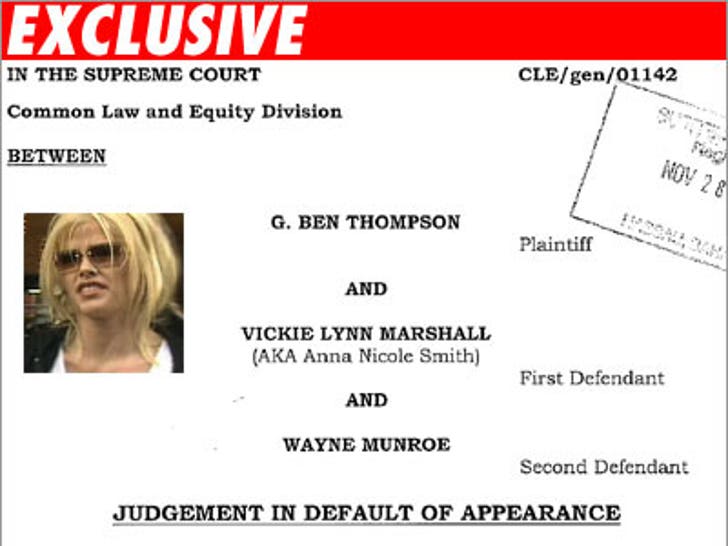 A court in the Bahamas has ordered Anna Nicole Smith to vacate the house she's living in -- STAT. 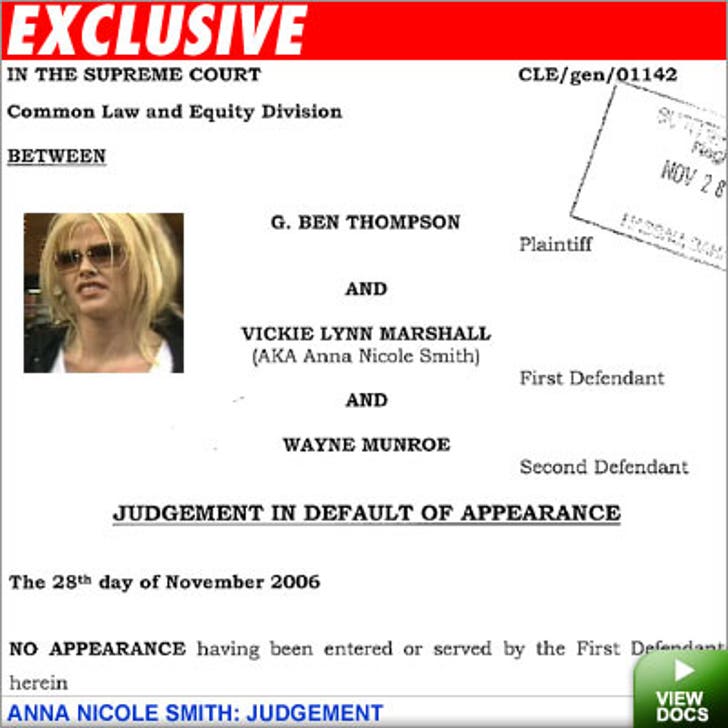 TMZ has obtained a default judgment issued yesterday against Smith (aka Vickie Lynn Marshall). G. Ben Thompson, the owner of the home in which Smith has been living, recently filed papers to evict her. Smith was required to respond to Thompson's filing by Monday, November 27, but failed to do so.

Yesterday, the court entered a default judgment, which means Thompson can now force Smith out of the house.

TMZ obtained a letter that Thompson's lawyer sent to Smith after the default judgment was entered, demanding that she vacate within 48 hours.

Thompson was once romantically involved with Smith and claims she told him he was the father of her baby. Thompson says he put a quick end to Smith's claim when he informed her that he had a vasectomy several years ago.