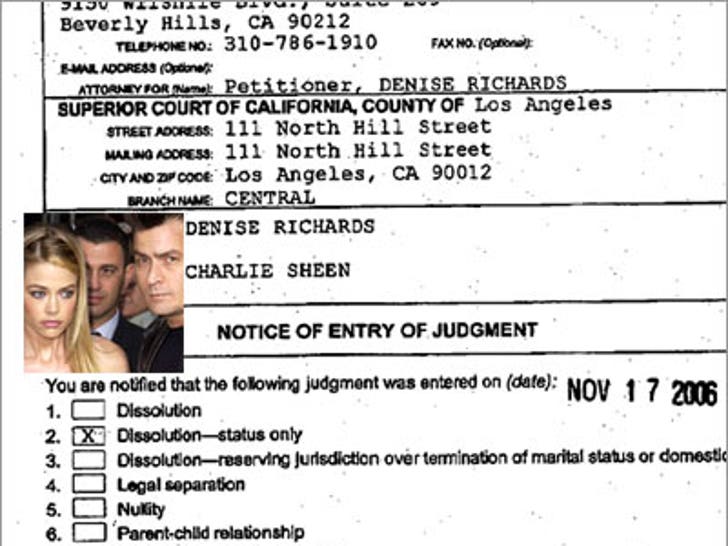 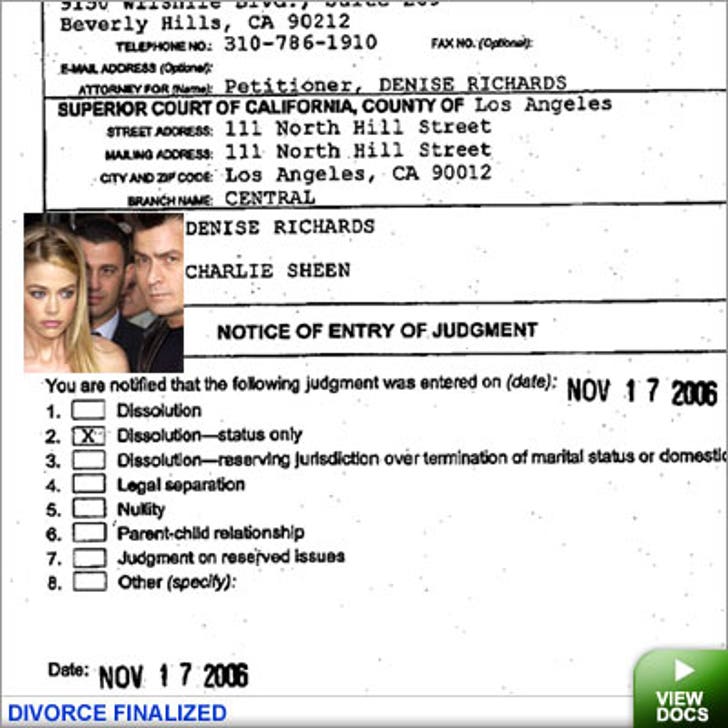 The couple has two children; Sam, 2, and Lola, 1. The estranged pair made an effort to be civil with each other lately. They were spotted together last month with their kids.

Richards filed for divorce in March 2005. She filed a stinging declaration in April, alleging that Sheen threatened her life, employed a madam and frequented pornographic websites featuring girls who looked "very young." Sheen denied the allegations. A judge previously ordered Sheen to stay 300 feet away from Richards and required that monitored visits with his children. 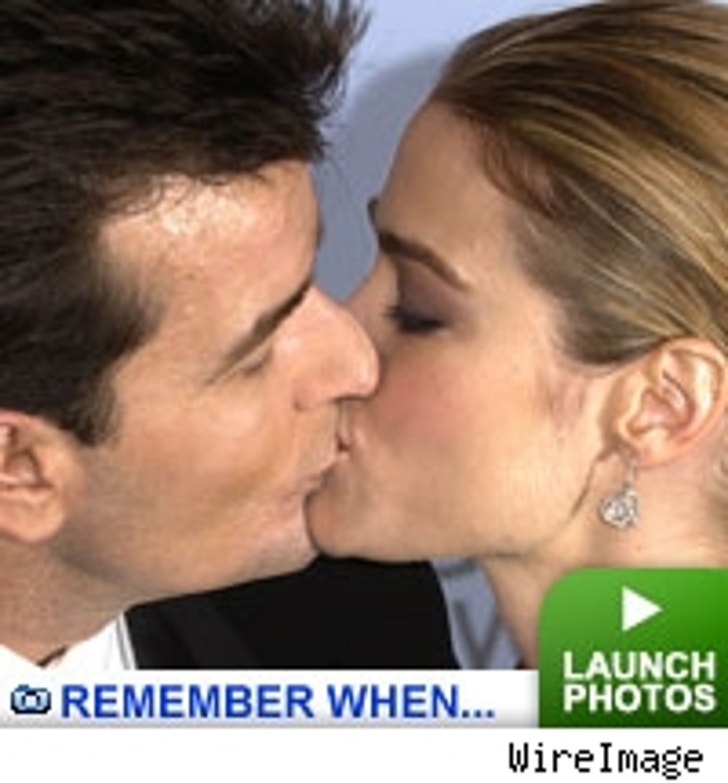