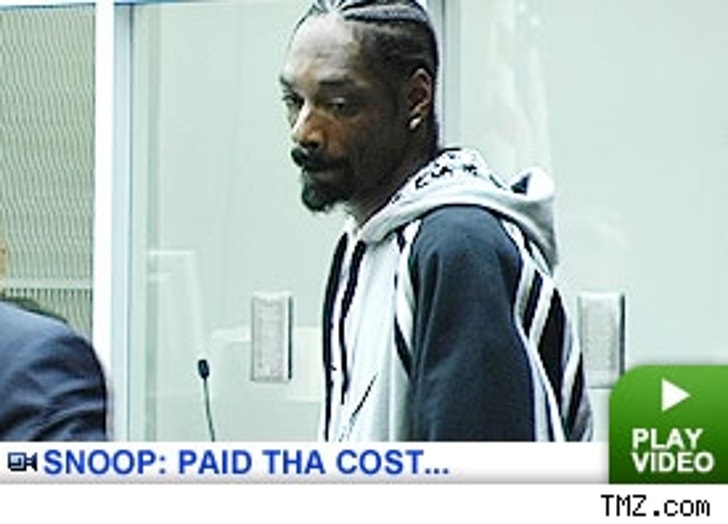 The rapper appeared in court today, where a judge agreed to delay arraignment on Snoop's felony charge of possession of a deadly weapon at John Wayne Airport.

TMZ has exclusive video of the rapper in an Orange County courtroom where the judge set bail at $150,000. Snoop already forked over the cash.

Arraignment was postponed until January 24, with Snoop signing a waiver allowing him to skip "non-substantive" hearings. Snoop aka Cordozar Calvin Broadus, requested the delay in order to "review all the facts and defenses."

Charges against the rapper were filed in September, after security officers at John Wayne Airport found a collapsible baton in his carry-on luggage.