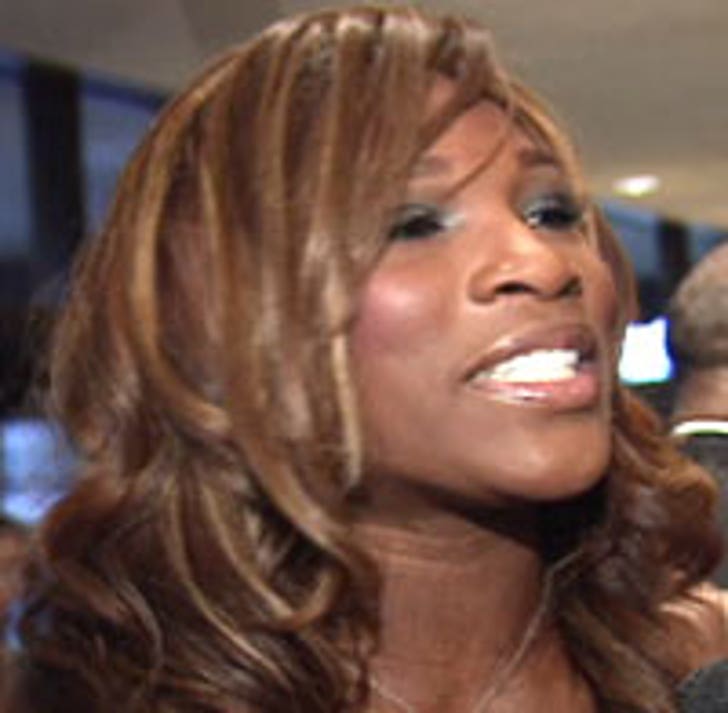 Serena Williams seems to be serving up a suspect story. She's denying the pit bull that bit a security guard in Palm Beach, FL was hers.

Security guard Michael Norton responded to a report Friday of a pit bull and a poodle on the loose in Palm Beach Gardens. According to the police report obtained by TMZ, Norton says when arrived on the scene, the poodle approached him as he was getting out of his vehicle. At that point, Norton says the pit bull immediately ran toward him and began barking, as if to protect the poodle. The pit bull then bit him in the left rear, but did not puncture the skin. Norton says in the report that his wallet, which was in his left pocket, protected him from injury.

The pit bull was not wearing a collar, but the poodle was. When checked, the information led police to Serena Williams. According to the police report, the tennis star said the pit bull did not belong to her, it belongs to a friend named David Tomossini. Now here's the rub...

When TMZ contacted Animal Care and Control in Palm Beach, a rep for the agency confirmed that Williams is the registered owner of two dogs; a Jack Russell terrier... and a pit bull. They also said there is no record of a David Tomossini owning any animals whatsoever.

The "fun facts" section of Serena's official website quotes the tennis ace: "I have two dogs "Jackie" a Jack Russell Terrier and "Bambi" a pit bull."

Now we're no line judge... but it seems to us that this one may not clear the net.

UPDATE: Serena's rep issued the following statement to TMZ. "Serena Williams gave her dog to a friend. Her statement to the police did not mean to absolve herself of any responsibilty. Serena is relieved that no one was injured in this incident and in the future, will make sure that when the dog visits, he will not get out."