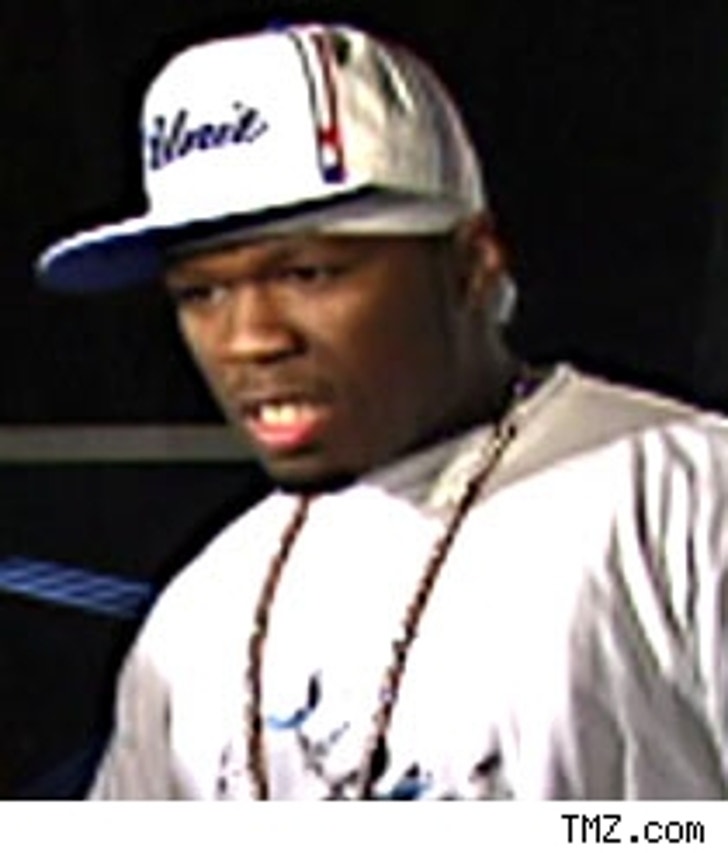 50 Cent is following in Madonna's footsteps. No, he's not adopting a Third World rugrat, but he is revealing Madge-a-trocious acting chops.

Fiddy, aka Curtis Jackson, stars in the abominably acted and amateurishly written Iraqi war drama, "Home of the Brave." The rapper's portrayal of a disturbed vet is quite possibly the only thing more painful than being shot nine times. Co-stars Samuel L. Jackson and Jessica Biel should be shopping for new agents.

At an advance screening on Wednesday, the flick's director, Irwin Winkler ("Life as a House"), revealed that he was hesitant to cast Fiddy for fear the rapper would wind up partying all night. To Winkler's surprise, Fiddy never pulled a Lohan, and showed up on-time every day. In fact, Winkler was so impressed with Cent's acting (really!) that his role was expanded. Now you know where to send your grievances.

To his defense, Fiddy wasn't the only one phoning it in. Christina Ricci gives a performance so stilted, it makes her portrayal of Wednesday Addams seem positively giddy.

Be warned, "Home of the Brave" takes real courage to endure.