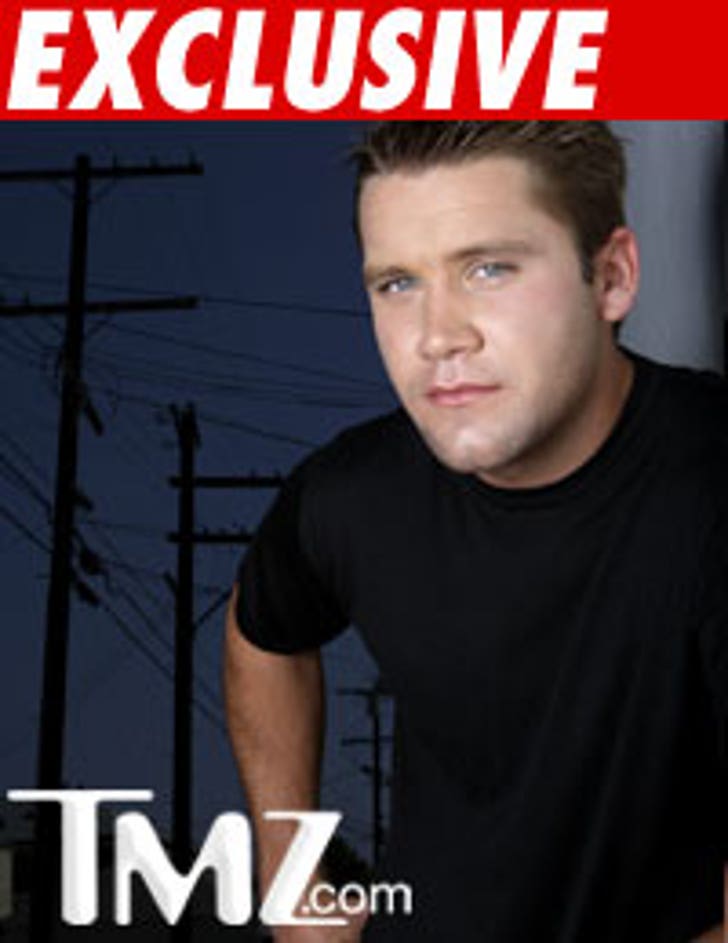 TMZ has learned that the man who allegedly stalked the estranged wife of the trainer to the stars was stabbed with a pocket knife after a brutal fight. Here's how it all went down...

Gunnar Peterson, who has trained numerous stars, including Nick Lachey, Matt McConaughey and Jennifer Lopez, is in the middle of a bitter divorce and custody fight with Janet Peterson, an heiress to a $4 billion fortune. After the couple split, the 43-year-old Janet began seeing 23-year-old Nick Marino, but broke off the relationship around four months ago. It was then that Marino allegedly began stalking Janet. We're told Marino left numerous phone messages for Janet threatening her life and promising to "take her children."

Enter Scott Ross, P.I. to the stars who works exclusively with mega-lawyer Mark Geragos. Sources say Janet called Ross late last week and told her she was in fear for her life and that Marino was an imminent threat. Ross then referred Janet to a company called The Solution Group, which conducts threat assessments, investigations and provides VIP security.

A former cop from The Solution Group was at Janet's house at around 9:30 Wednesday night. Janet was at dinner and her three young children were asleep upstairs. The security guard went inside the house and smelled cigarette smoke. He followed the scent to a closed curtain, and opened it to reveal an enraged Nick Marino who lunged at the man's throat screaming "I'm gonna f***ing kill you."

Marino was arrested for stalking, burglary and making criminal threats. As far as we know, he's still in the hospital. Sources tell TMZ Marino has had substance abuse problems in the past.

We're told that when police arrived at the scene, they cuffed the former cop and placed him in a patrol car. At that point, Janet arrived and told police that the former cop was a hero and had actually saved her family. Police released him a short time later.