Just days after Lindsay Lohan's mother tattled that her wayward spawn was attending AA meetings, TMZ can confirm that La Lohan is officially on the wagon.

The teen queen was spied by TMZ Monday night in Margaritaville; Casa Vega in the L.A. suburb of Sherman Oaks, where Lohan sipped on cola during the evening while her entourage pounded down strawberry margaritas. She ate most of her two taco meal, and was polite to patrons who approached her. Her only bad habit: smoking. One vice at a time.

We caught up with Lindsay Wednesday night, leaving a salon and looking every inch the movie star in a grey trenchcoat and black heels. She then got all dolled up and went to Teddy's nightclub, where she dumped the coat and entered the Roosevelt Hotel. Keep up the good work, Linds! 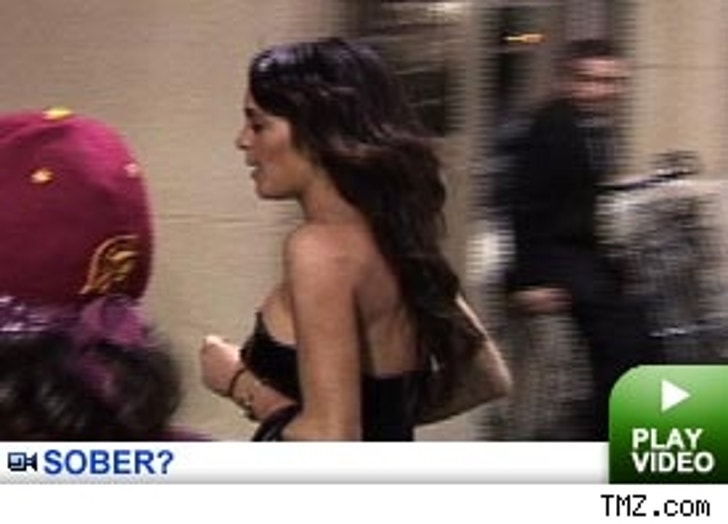