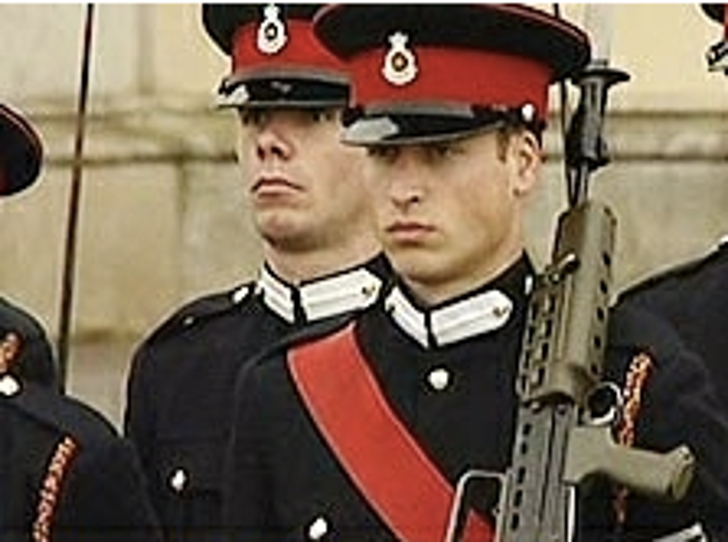 He's not only a prince; now William, 24, is an army officer to boot.

The oldest son of Prince Charles and the late Princess Diana was commissioned today at the Royal Military Academy in Sandhurst, England. During the ceremony the Prince handled a military assault rifle complete with a bayonet. What a badass!