It's been a great year for geeks. Big corporations have been falling over themselves to get your attention; launch parties, leaked images, cryptic posts from Chinese blogs -- it's all been for your benefit. Feeling special? You should.

Now it's time to crown the king of the gadgets for the year 2006. Before you ask, no, it's not you. Since its release, owners have sung its praises, regardless of how many times they've wacked themselves silly with the interface component.

What is this gadget?

Ladies and gentlemen, the Wii. 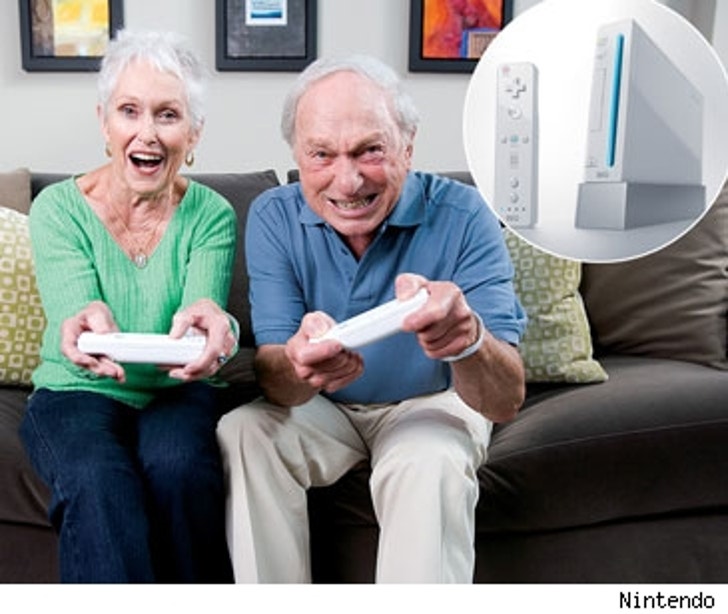 TMZ has been showing the Wii enough love to end the Perez Hilton/Reichen Lehmkuhl feud, but for good reason: Any piece of electronics that aims to bring families together and bring back the fun to gaming -- is number one in our book.

The Wii eschewed the path taken by the more powerful Xbox 360 and Playstation 3, whose goals were to bury the competition with accelerated and powerful graphics. With price points that put their consoles out of the reach of normal folks, the consoles still made pale basement-dwelling guys salivate as they waited in the rain for a chance to purchase one.

Nintendo decided to take the path ignored by the other two companies and marketed Wii for the masses. It's Wii-mote gives people (who are traditionally wary of complex controllers associated with today's consoles) something they can swing and tilt. Suddenly, people who never expressed an interest in video games were lining up outside of electronic superstores for their chance to score a Wii.

New gamers aren't the only people smitten with the Nintendo console. Hardcore gamers have set down their first-person shooters and started giving Wii sports a chance, with sometimes hilarious results. More then a few have told TMZ that they believe the Wii is the best console ever, and sales prove it. The Wii is sold out everywhere, and shoppers are begging store employees for inside information on when the next Wii shipment is expected. Take that, Tickle Me Elmo, you creepy bastard!

TMZ gives mad props to Wii, the gadget of the year. W00t!