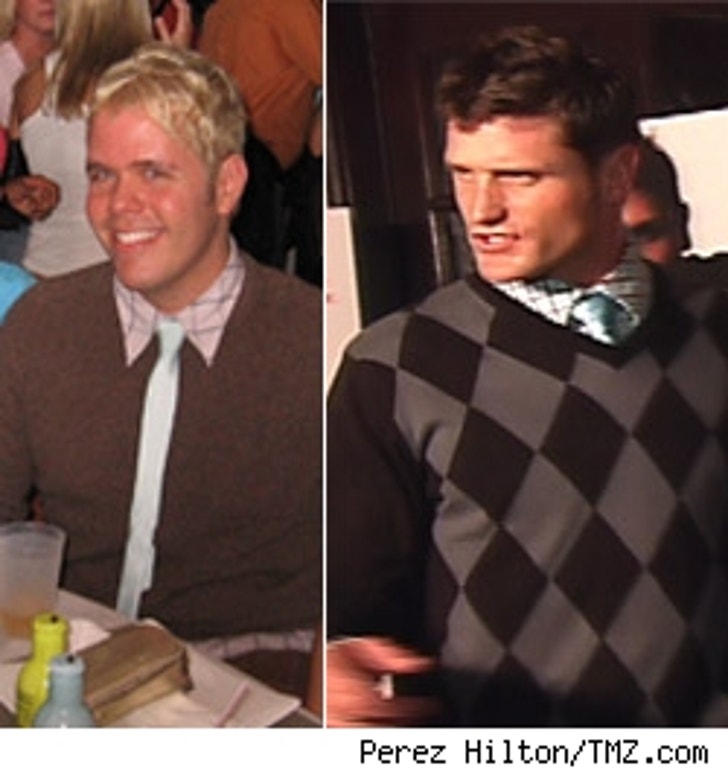 Reichen Lehmkuhl's latest MySpace harangue against Perez Hilton is just the beginning of what's shaping up to be a juicy Hollywood feud.

In a blog posted today by Lehmkuhl, he states that after posting his initial blog, celebrities and their "attornies" [sic] contacted him, prompting a brewing class action lawsuit against the self-proclaimed Queen of All Media, aka Mario Lavandeira.

Reichen says, "It is not clear how the lawsuit will be structured, but we are committed ... the goal of this lawsuit is to result in the stopping of your name being used in connection with untruths and gossip on the internet that obviously damage/ruin your name/reputation and lessen your ability to be successful in your profession." Well, that's clear.

Reichen is threatening to sue, after Perez posted a picture of him at the Dixie Chicks concert, claiming that Reichen's dilated pupils were because he was under the influence of crystal meth. Mr. Lance Bass claims that he had seen a Laser Eye surgeon in West Los Angeles that day, causing his eyes to dilate. He also takes issue with Perez linking him to men other than Bass, saying that they must be "PAID for by Mr. Levandeira (sic)." This threat of legal action adds to Perez's legal woes, he's currently being sued for $7.5 million by a photo agency for using their photos without authorization.

For his part, Perez shoots back, "Now that he can't comfortably ride Lance Bass' coattails, this is Reichen's latest transparent attempt to get publicity for himself. I applaud him. Reichen's almost as big a media whore as I am!"