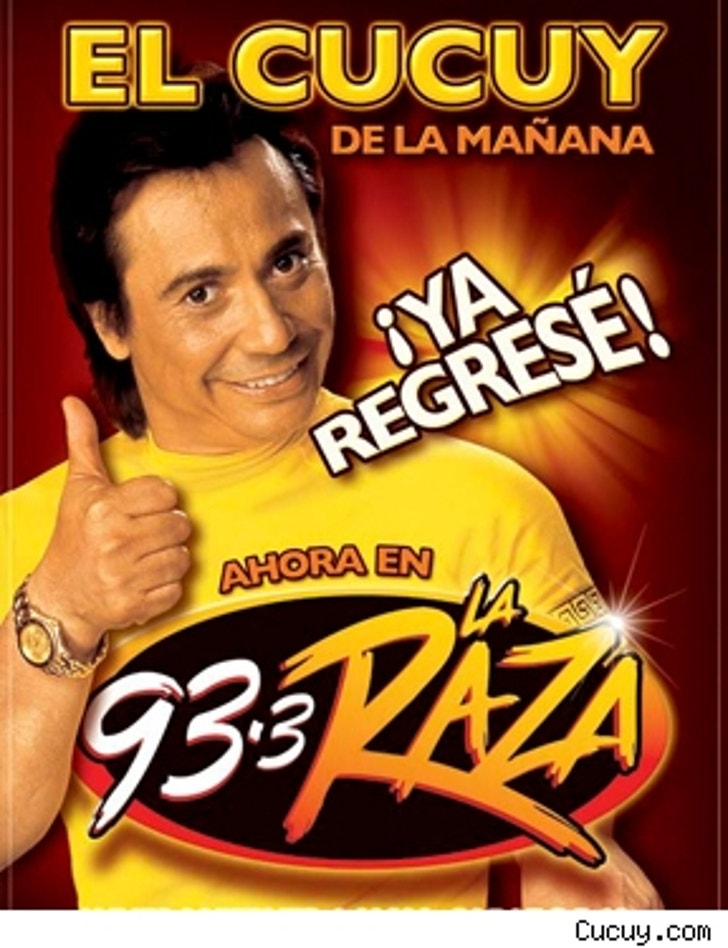 The popular Spanish speaking DJ known as "El Cucuy" was booked Wednesday on suspicion of making criminal threats after he was involved in a confrontation with police on New Year's Day.

Police say they were called to the Northridge, Calif. home of Maximo Almendares early Monday morning on a domestic violence call. When officers arrived, they found traces of blood in the house and on Almendares' wife. The wife was initially uncooperative and belligerent with officers, according to police.

Los Angeles station KVEA reports that Almendares made threats against his wife and a police officer, and that his 28-year-old son was bleeding from his chest. According to police, the son got in the middle of an altercation between his parents and then left the house with his father. Officers also say they found a knife at the scene.

Detectives say that since the call on Monday morning, they have been in contact with Almendares via his attorney, and they ultimately convinced him to turn himself in.

"El Cucuy" is well known for his community activism and has previously spoken out against domestic violence.