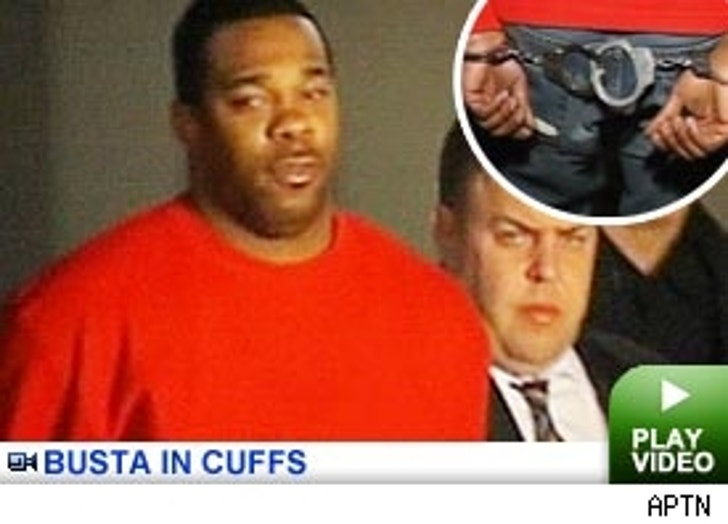 Busta Rhymes turned himself over to the NYPD last night after a man accused the rap star of beating him up.

The unidentified man claims that in a dispute over money, Rhymes, whose real name is Trevor Smith, punched and kicked him numerous times outside a lower Manhattan building on December 26.

Court documents say Busta repeatedly hit the victim on the face and neck with a closed fist, and knocked him to the ground. While he was on the ground, Busta then repeatedly kicked the victim in the ribs and torso, causing him to suffer "lacerations to face and neck, contusions and substantial pain."

And this isn't the Busta's first run-in with the law -- last August he was charged with assault, and in November, cops ticketed him in Manhattan for driving while talking on a cell phone.