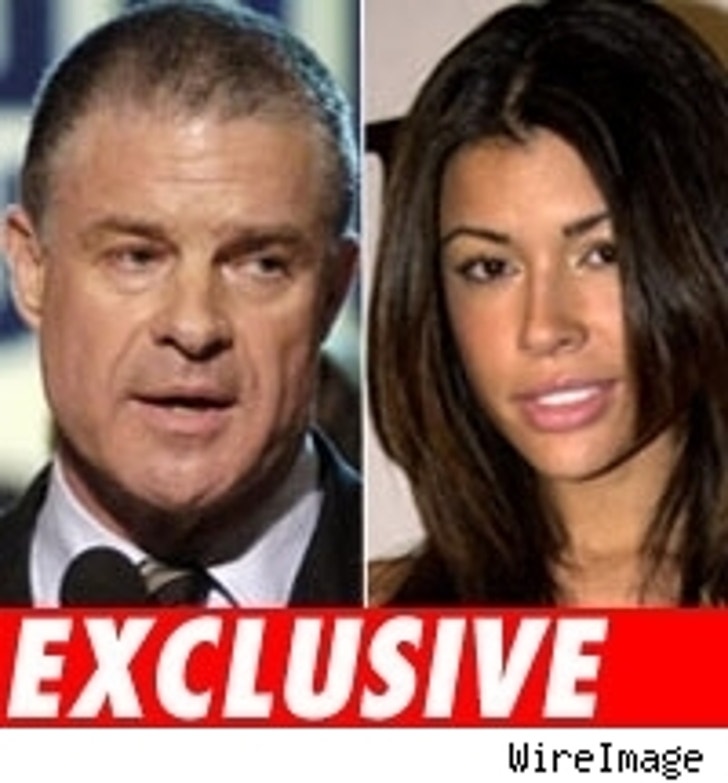 The woman who filed the domestic violence complaint against sportscaster Jim Lampley claims he repeatedly threw her against the wall of her apartment after drinking heavily and smoking pot.

In documents obtained by TMZ, Candice Sanders claims that on New Year's Eve, Lampley and his son Aaron joined her for dinner. Sanders says she was engaged to Lampley, who she claimed lived with her in the apartment.

Sanders alleges after dinner, at their apartment, Lampley "was drinking vodka and whiskey and became drunk." She adds in the document that "he was also high on pot."

Sanders, Miss California USA 2003, says in the complaint that the trouble began when she wanted to finish watching a movie. Lampley then "pulled me from the sofa I was on" and "began to yell at me and chased me around the apartment."

Sanders goes on to say that 14-year-old Aaron saw her on the floor and she asked him to call the police. She writes in the document," Jim beat Aaron to the phone and kept Aaron from getting [to the phone]. She says Lampley then drove away with Aaron. Sanders claims she suffered head, neck and back injuries.

The 57-year-old Lampley was arrested last night on one felony count of domestic violence/corporal injury. He was also arrested for two misdemeanor counts of violating a restraining order and dissuading a witness.