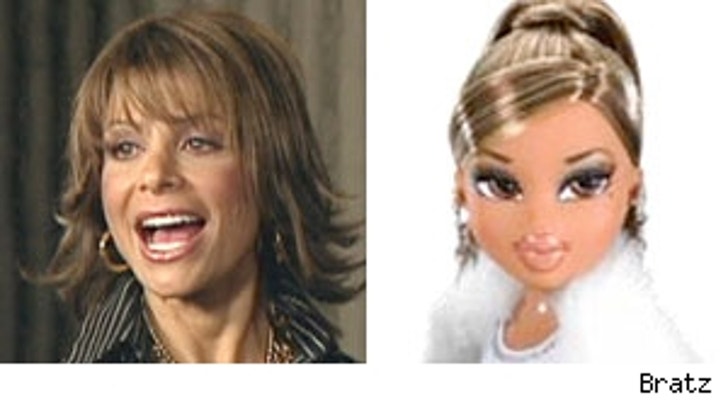 Flighty American Idol judge Paula Abdul has been brought onboard as executive producer and will appear in the film in a major role. Paula will also put her fizzy dizziness to work in multiple creative areas, including music, choreography and fashion. It is unknown at this time whether or not Paula will have her eyes surgically altered to match the dolls.

Hide the children, the Bratz (and Paula) are coming.