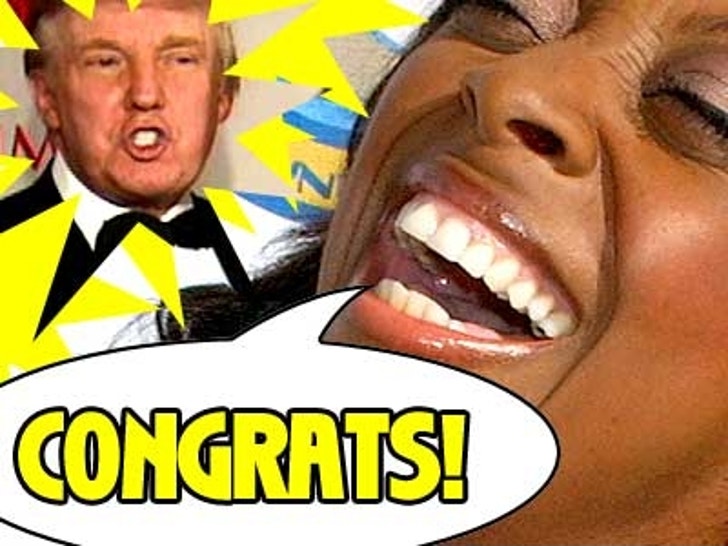 The Donald's got an unlikely new ally in his battle against Rosie O'Donnell -- Star Jones! 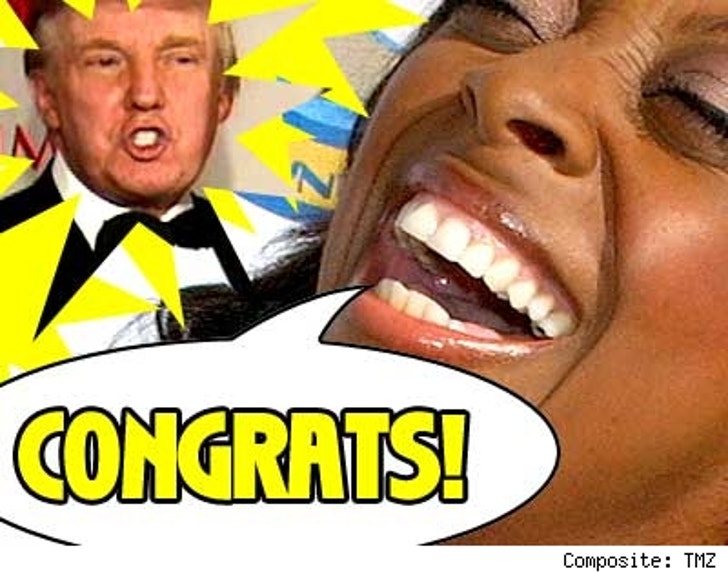 In a fusion of shameless self-promoters that might explode the media universe into bits, Trump says that fired "View"-er Star Jones gave him a congratulatory call yesterday, presumably for his relentless attacks on Rosie O'Donnell and former boss Barbara Walters. The Donald told the New York Times, "I just got a congratulatory call from Star Jones." At least someone is calling.

In his withering invective against Ro and Babwa, Trump repeatedly referenced the Star saga of summer '06, in which Jones was bitterly fired by Walters, suggesting that Star was somehow mistreated by Walters. Yesterday, in a statement, Trump said that Babs had "lied with Star Jones and now she has chosen to lie again" in l'affaire O'Donnell.