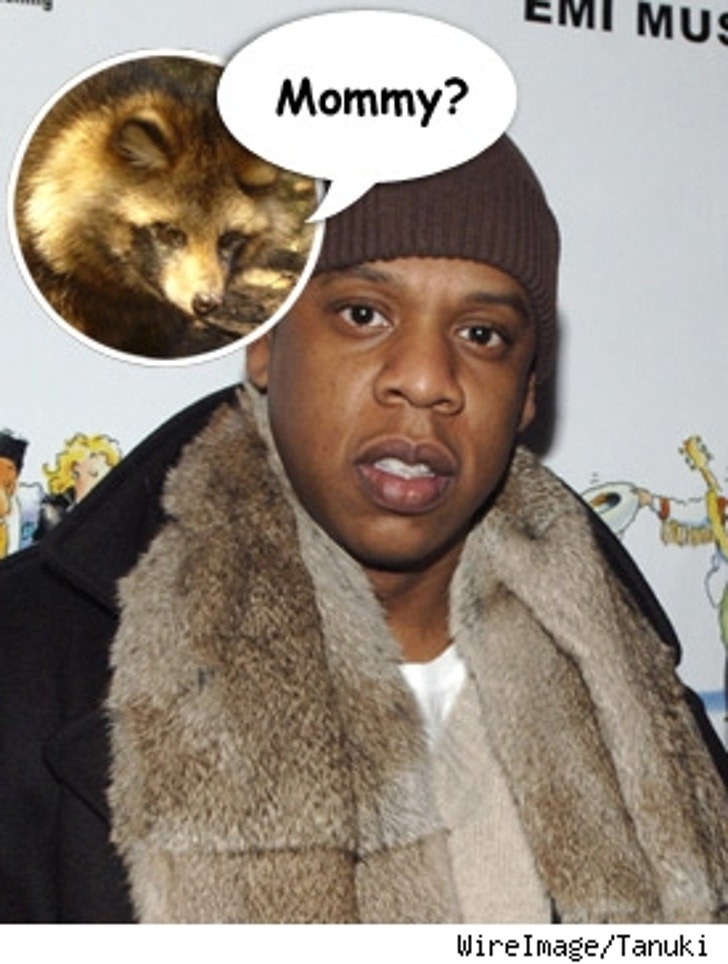 A jacket from Jigga's clothing line, Rocawear, allegedly has dog fur in its collar, even though it's advertised as having fake fur. According to an investigation by The Humane Society of the United States, the Hunter jacket on Rocawear.com contains real fur from a raccoon dog, a dog indigenous to Asia that The Humane Society claims are skinned alive for the coats, hence the uproar.

As of today, the $265 coat was still a "featured" item on the Rocawear website. Late last year, a similar investigation found that raccoon dog fur was being used in a coat in rap mogul P. Diddy's "Sean John" collection; that item was removed from stores within a few days.

Reps for Jay-Z and Rocawear could not immediately be reached for comment. The Humane Society said that it informed the company of the issue a week ago, but that they've taken no action.

UPDATE:
In a statement to TMZ, a spokesperson from Rocawear says, "We were not aware that our product included raccoon dog materials. We have immediately instructed all manufacturers and licensees that no product can be produced using this fur. In addition, we have removed those items from our website."