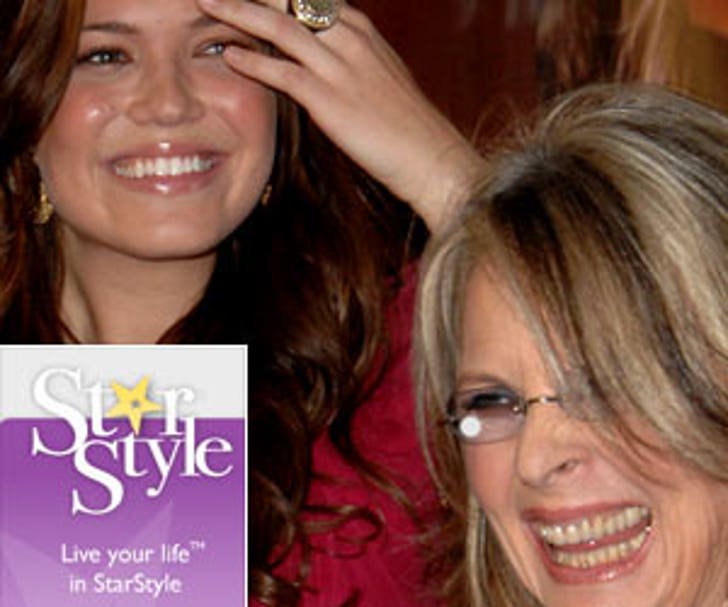 Dressing like your favorite film characters is now just a mouse click away. After allowing millions of viewers to buy outfits from their favorite TV shows like "American Idol" and music videos from artists like Fergie and The Game, StarStyle.com has just launched the new film section of their site.

Charge-aholics around the world can now purchase ensembles and accessories seen on the big screen. Parental guidance suggested! Fashions from "Because I Said So," the new romantic comedy starring Mandy Moore and Diane Keaton, are the first to appear on the website -- and feature everything from Diane von Furstenberg wrap dresses to Ernest Sewn jeans.

So if you don't feel like dodging paparazzi on Robertson Blvd., you can still get Diane's sexy sexagenarian swag and Mandy's mid-twenties mystique ... at the touch of your fingers.