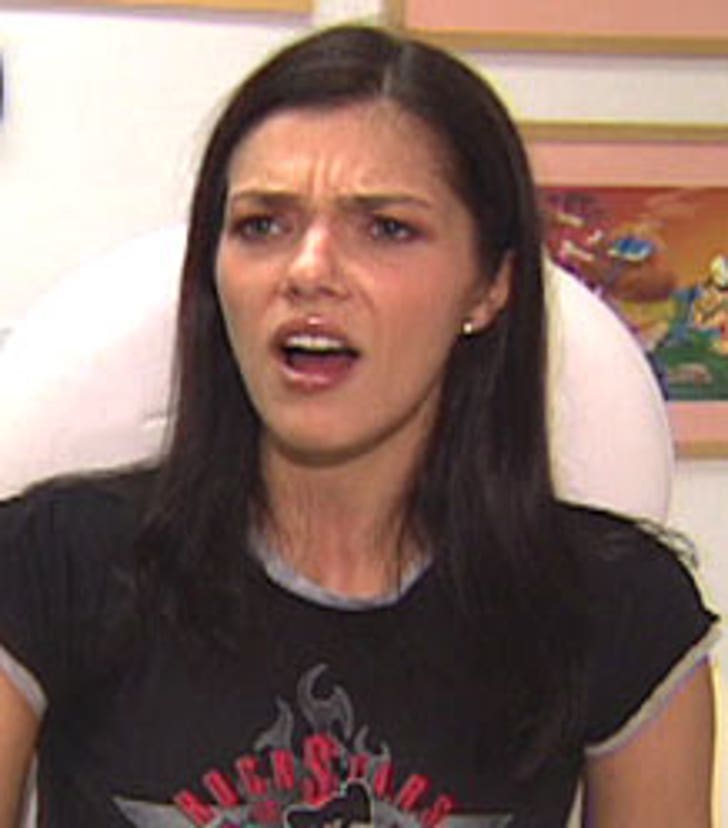 Adrianne Curry, who was the Season One winner of "America's Next Top Model," has lambasted the show and Revlon, claiming that she "has yet to see a dime from Revlon" for her work.

"We were told the winner would be an instant millionaire, that our faces would be plastered everywhere in Revlon ads. None of which turned out to be true ... I still haven't got paid for the work I did for them!" steamed Curry.

Miss Curry is super mad at the supermodel show, blasting them on her MySpace blog, saying "... they had no money ... no clue what they were doing ... all they had was mind f***ing us for good tv [sic]." Adrianne also claims that the girls hardly slept during filming, were kept hungry for long periods and were crammed into small quarters to guarantee drama. The Revlon campaign "turned out to be only a day's work at a convention." Not so fabulash!

Adrianne, who married "Brady Bunch" babe Christopher Knight last May, added that "Top Model felt like I was on a fierce 'Survivor!'"