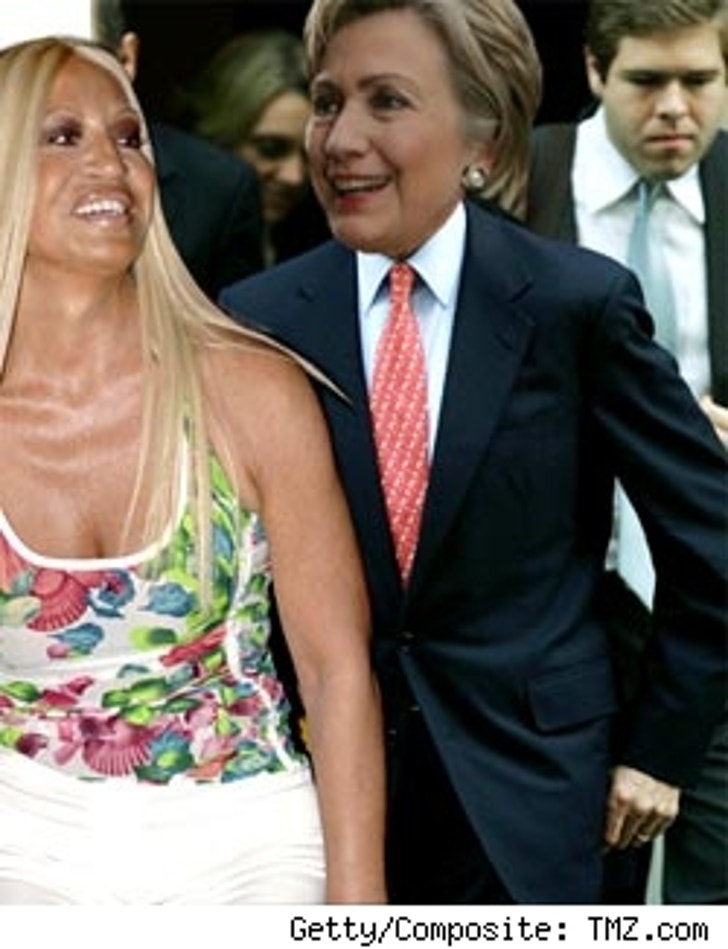 The Italian tanorexic designer says Hills should feminize her look with skirts and dresses instead of those blobby pantsuits. Show some leg, girl! Versace told German newspaper Die Zeit, "I can understand (trousers) are comfortable but she's a woman and she is allowed to show that. She should treat femininity as an opportunity and not try to emulate masculinity in politics." You hear that, Condi?!

Versace believes Clinton's signature look should consist of knee-length skirts with a short jacket in chic black, instead of her usual granny blue. Once you go black, you never go back.

Donatella did mometarily retract her claws, adding, "I admire her for her determination, which will hopefully take her to the White House." Not if Barack Obama has anything to say about it! 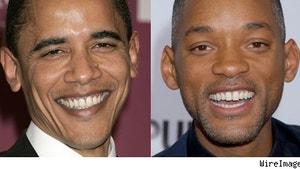