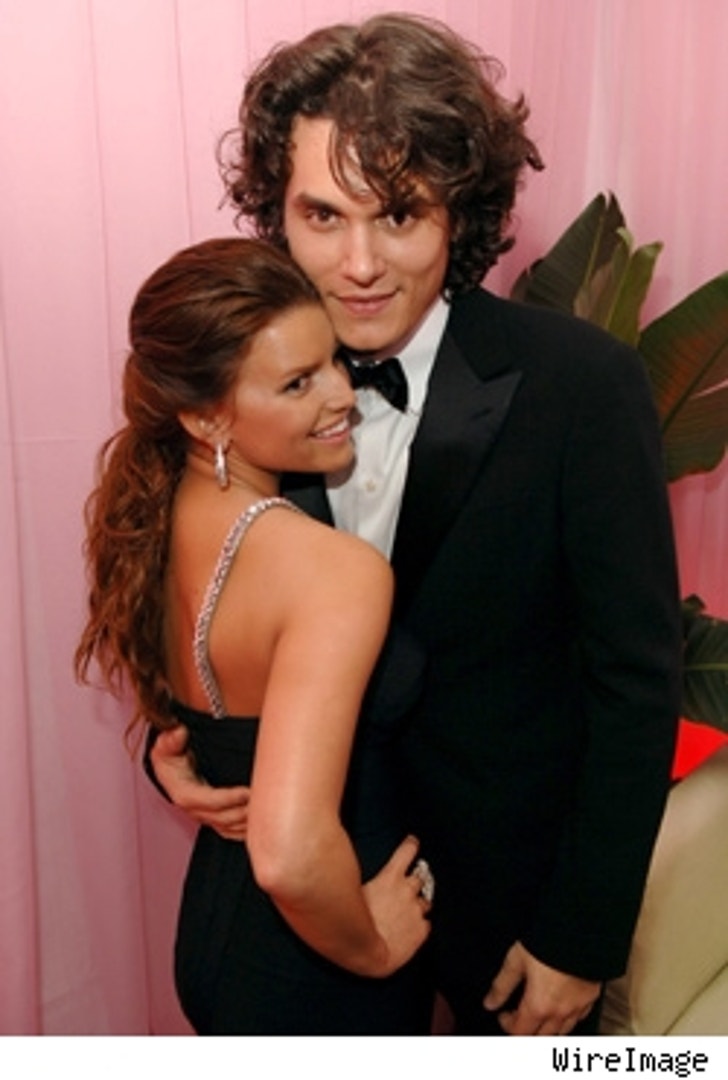 Jessica Simpson and John Mayer did not walk the red carpet together, but they did get up close and personal at the Sony/BMG Grammy after-party.

According to E!'s Marc Malkin, the new couple were seen kissing on the cheek, with John stroking Jess' back as he serenaded her with the '80s hit "Wishing Well" by Terence Trent D'Arby.

During the arrivals, Mayer evaded Ryan Seacrest's questions about their relationship by answering in Japanese. His comments translated to: "She is very beautiful and you are the last to know." Sayonara, Seacrest!

Although the duo seem to be getting hot and top-heavy, no word on if Mayer took home more than his two Grammys last night.