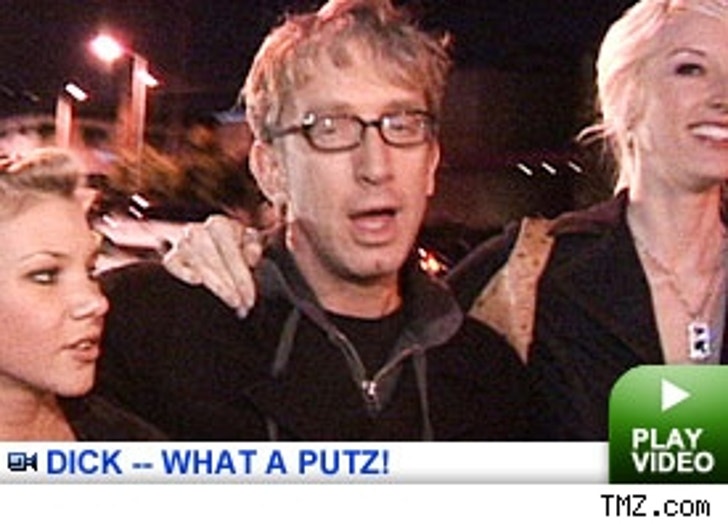 Andy Dick went off on a TMZ photog Saturday night -- calling him a "c**ksucking n**..."

In yet another Krameresque attempt at comedy, Dick screamed various obscenities at our camera, and dropped the first half of the n-bomb outside of Area nightclub. Quickly realizing his mistake, Dick countered with, "Whoops, as soon as I drop the n-bomb, it's on the Internet ... they shouldn't call it YouTube, they should call it N-bomb tube."

As you may recall, the "comedian" issued an emergency apology after he dropped the N-bomb during a live comedy show in December.

Before taking off for the night, Dick spouted, "We're not even giving him anything worthy of publishing." Think again.