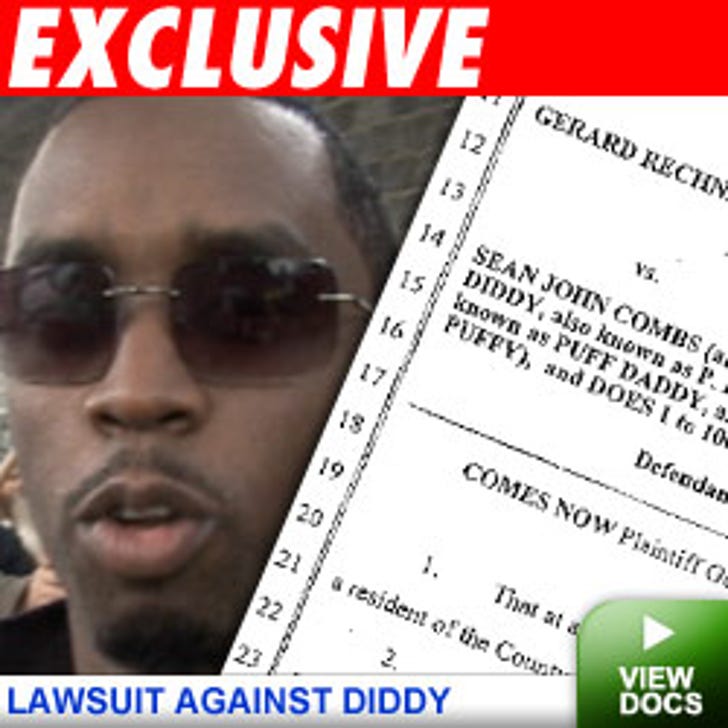 Sean "Puffy" Combs has been sued by a man who claims the music mogul "unlawfully attacked, assaulted and battered" him during a post-Oscar party.

In a lawsuit, filed March 2 in Los Angeles County Superior Court, Gerald Rechnitzer claims he was at Teddy's nightclub at the Roosevelt Hotel in Hollywood with his girlfriend after the Academy Awards. Rechnitzer says that as he was leaving, he stopped in the restroom. When he came out, he saw that his girlfriend was speaking with Combs, who was surrounded by his private security detail.

The suit claims Combs then attacked Rechnitzer. His lawyer tells TMZ Combs punched his client in the jaw, causing him to fly backwards. The suit claims, "At no time was Plaintiff, who is five feet, seven inches tall with a slim build, ever a threat to Defendant...."

The suit alleges "after attacking Plaintiff, Defendant Combs intentionally, willfully and knowingly pushed Plaintiff's girlfriend and attempted to spit on another female member of Plaintiff's group."

The LAPD tells TMZ they are investigating the allegations against Combs.

A rep for Combs tells TMZ "These claims are completely false and ridiculous. It is pitiful that Mr. Rechnitzer is stooping so low to prey on Mr. Combs celebrity. Mr. Combs will not stand for such ludicrous accusations.".