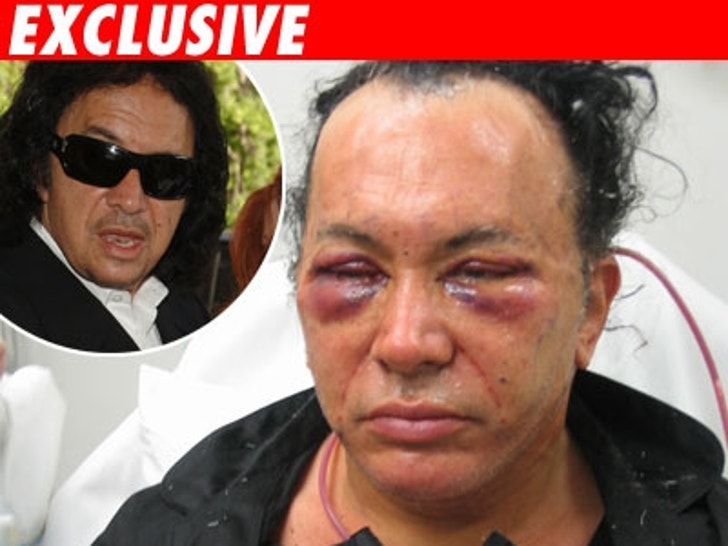 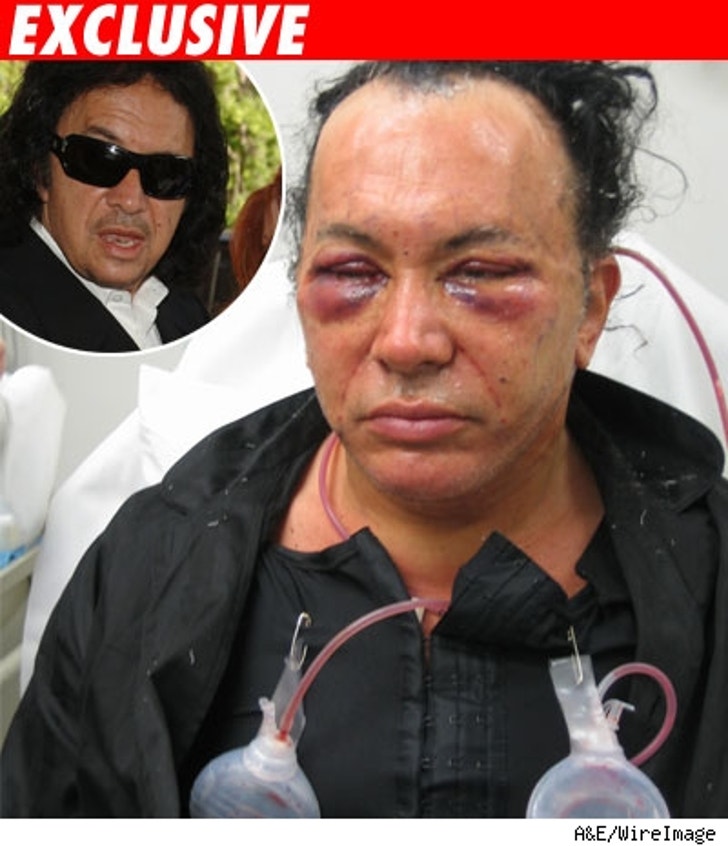 As you may remember from the season finale of Gene's hit A&E reality series, "Family Jewels," both the aging rocker and his longtime girlfriend, Shannon Tweed, underwent his n' hers facelifts. Is that you?!

Shannon originally backed out of the operation when she thought that might have been pregnant. Once she discovered that it was only a false alarm, Gene's better half went ahead with the surgery.

The 57-year-old rocker will broadcast his rough road to recovery on the season two premiere, which airs March 25.