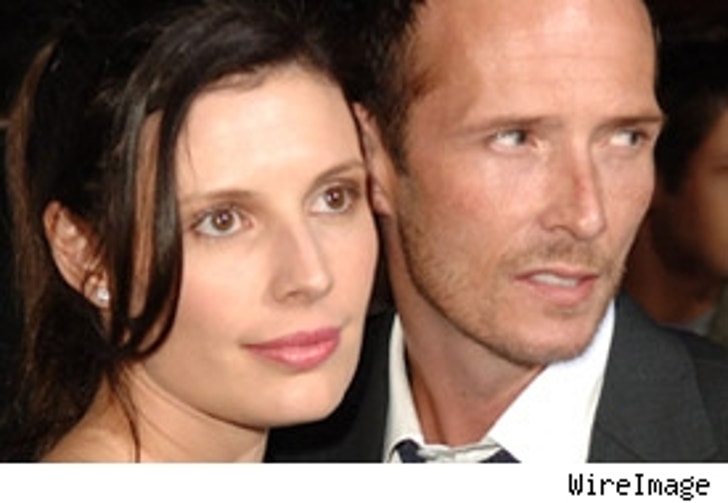 Mary Weiland, temperamental wife of rock star Scott Weiland, claims her bipolar disorder is mostly to blame for the couple's bloody fight at the Graciela Hotel in Burbank last weekend.

In a statement to TMZ, Weiland says, "The weekend's difficulties were brought on by a reaction to an imbalance in medications used to treat my bipolar disorder... Scott was simply trying to help calm me down. I want to make it very clear that he did not hurt me in any way. For lack of a better expression, I was unstable and just lost it." Well, that clears things up!

Mary goes on to say that the Graciela has been paid for damage to the room. She also states that their children did not witness "any of these events." Mary adds that she has "a loving husband, drug-free for 3-1/2 years now, who is able to care for me during this challenging time."