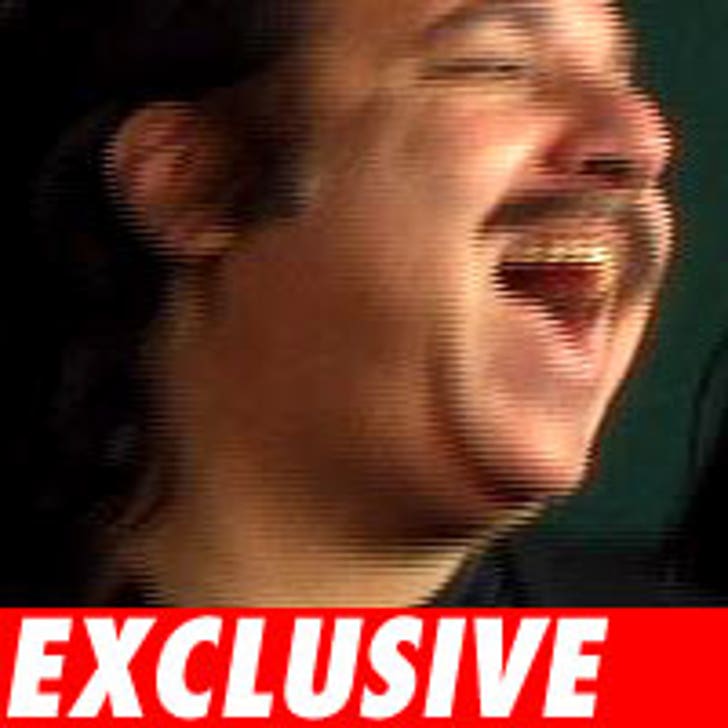 Sanchez and her husband claim Jeremy was happy to oblige, but then he allegedly "reached towards the victim and stuck his hands under victim's blouse." Sanchez then claims Jeremy "reached inside her bra and grabbed her nipple. He pulled the nipple up and took out victim's breast and signed his name on it."

According to the police report, Sanchez "never gave Ron Jeremy permission to touch her." Sanchez also claims she has photos of the alleged incident.

TMZ spoke with Ron Jeremy who vigorously denied any wrongdoing, saying, "First of all, there was security around me at all times. If they had a problem, why wouldn't they have said something at that point? I probably signed about 150 boobs that weekend, all of which I sign 'RJ with a heart' and if i would've touched a breast, i might have cupped it while i signed. Rules of the convention were that you can not expose a breast, so I never did. And if this was a couple, I always ask permission of the male to sign the breast before I do it. Some people waited an hour for me to sign their breast. My line was second only to Jenna Jameson's."

So far, no charges have been filed against Jeremy.