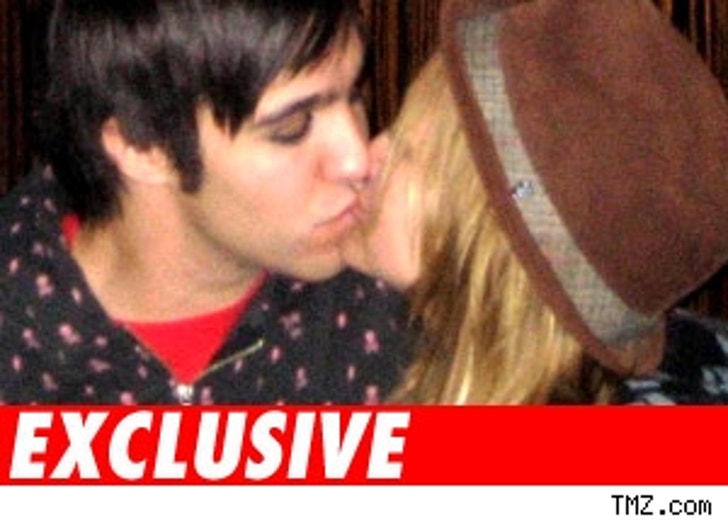 Pete Wentz and Ashlee Simpson are friends with benefits -- and TMZ has the shots to prove it!

The two have yet to admit that they're dating, with Pete denying it numerous times, saying it'd only happen in a "different universe." Apparently, worlds have collided!

Despite the efforts of several large security guards, Ash and the Fall Out Boy bassist were snapped while liplocked in a Vegas VIP booth last night, bringing the different universe to Earth's front door, which is surprisingly located at JET Nightclub in the Mirage hotel. Someone notify JPL! 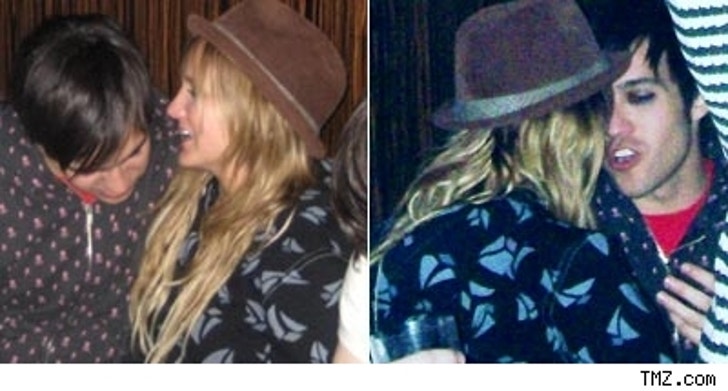 Sources say the smooching twosome were cuddling, kissing and flirting before leaving together around 3:30 AM. Teleporting to the alternate universe was unnecessary.

Calls to Ashlee and Pete's reps were not immediately returned.