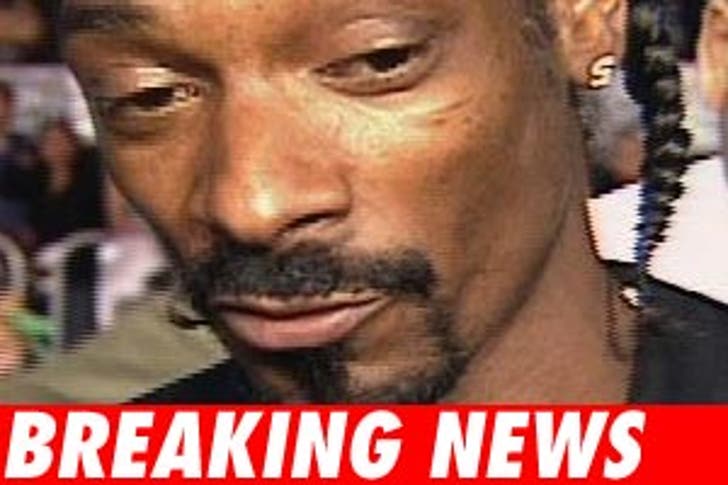 According to the criminal complaint, Snoop is accused of selling or transporting marijuana on October 26, 2006. Snoop also faces the charge of possession of a firearm by a felon on November 28, 2006. Cops say the aforementioned weapon is a semi-automatic handgun.

Snoop will be arraigned at 10:00 AM tomorrow morning at Pasadena Superior Court.

Snoop was arrested on October 27 outside the Bob Hope Airport in Burbank after police found a gun and marijuana in his car. He was then arrested on November 28 outside the NBC Studios after an appearance on "The Tonight Show with Jay Leno." Police say they found the rapper in possession of cocaine, a firearm and a large amount of marijuana. He was also cited for allegedly having a false compartment in his vehicle.

If convicted, he faces up to four years in state prison.

TMZ spoke with Snoop's attorney, Donald Etra, who said, "These are the charges we expected, we will resolve it in court tomorrow."