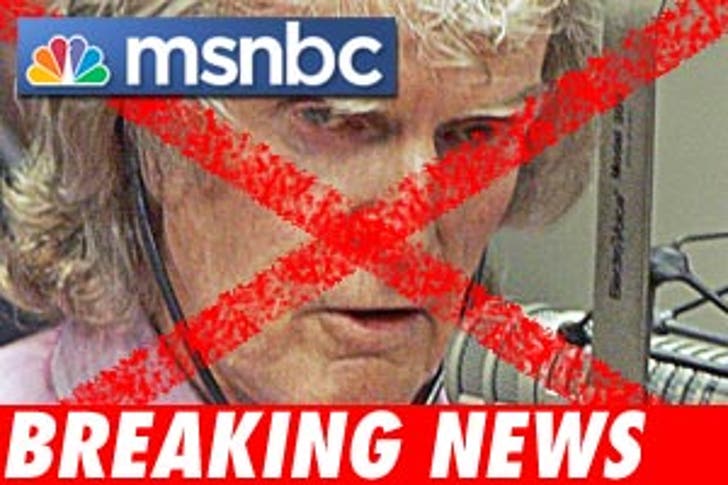 In a statement to TMZ, MSNBC says "Effective immediately, MSNBC will no longer simulcast the "Imus in the Morning" radio program. This decision comes as a result of an ongoing review process, which initially included the announcement of a suspension. It also takes into account many conversations with our own employees. What matters to us most is that the men and women of NBC Universal have confidence in the values we have set for this company. This is the only decision that makes that possible. Once again, we apologize to the women of the Rutgers basketball team and to our viewers. We deeply regret the pain this incident has caused."

An FCC spokesperson has confirmed to TMZ that they have received complaints about Imus' remarks, but downplays media reports that they have launched an investigation.