Bird's the word for Lindsay Lohan -- flipping off cameras outside Hyde. 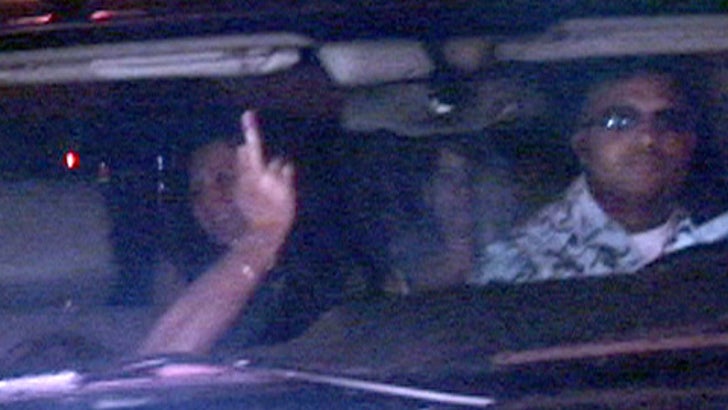 TMZ spotted Lilo hiding in the front seat of her SUV, as she and her friends left the Hollywood club. Both Lindsay and her buddies flipped off our photog before their driver sped away.

Also out in Los Angeles last night; an unusually happy Suge Knight, who celebrated his birthday, and Kevin Federline at Privilege, while the cast of "Heroes" marked the wrap of their first season with a party at Cabana Club.

All this and more in today's flipped out Star Catcher.