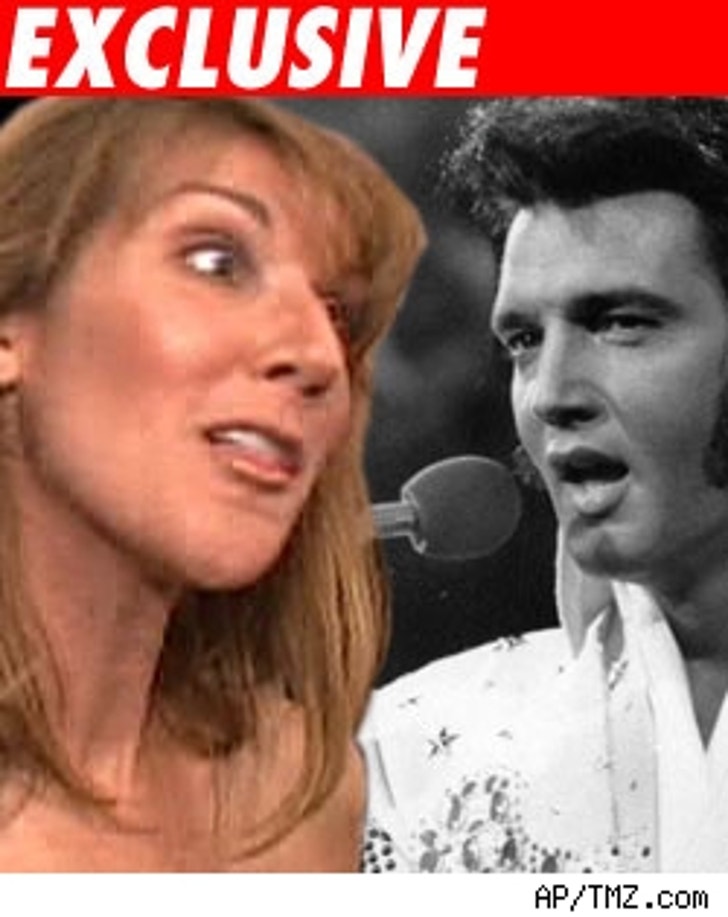 "American Idol" will raise the dead on Wednesday and feature a performance with Celine Dion and ... Elvis Presley?!

While "A.I." teased their "Idol Gives Back" charity benefit by revealing that "two of the biggest stars in musical history come together," sources at last week's taping tell TMZ that Celine sang Elvis Presley's hit, "If I Can Dream" -- with an Elvis impersonator! Ugh! But we're told the impersonator was just used as a stand-in, and what you will actually see when the show airs is Celine singing with a virtual Elvis -- in the vein of Natalie Cole and Nat King Cole's "Unforgettable." Unbelievable!

At the taping, the remaining "Idol" wannabes also sang with Celine and Elvis, but as backup in the choir. Hallelujah! Elvis died nearly thirty years ago, while Celine has been singing at Caesars Palace in Vegas for the last four.

"Idol Gives Back" will help raise money to fight extreme poverty in the U.S. and Africa, and feature artists like Gwen Stefani, P!nk and Josh Groban.

A rep for "American Idol" could not be reached.