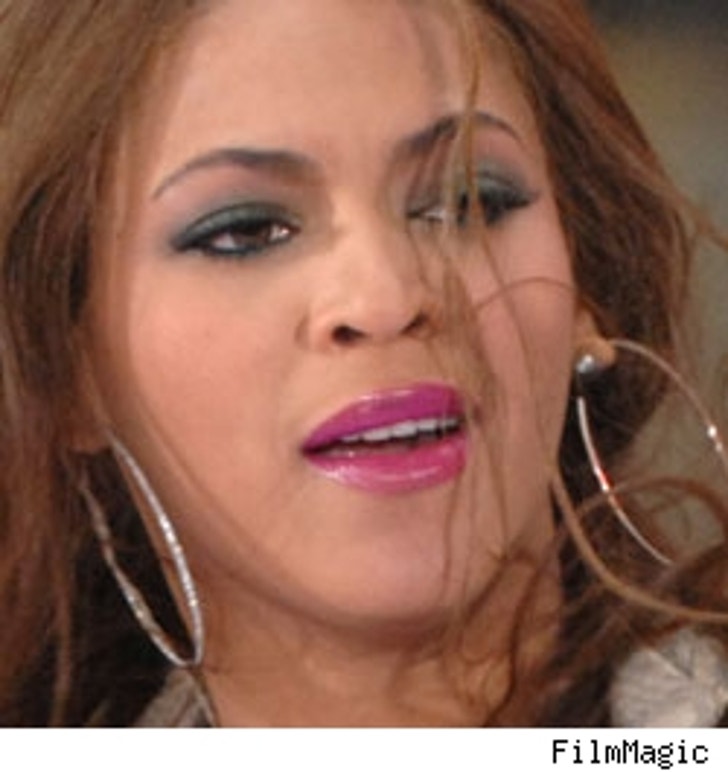 Beyoncé is pulling her album "B'Day - Deluxe Edition" amidst a lawsuit that claims the singer recorded someone else's song without permission, MTV is reporting. Check out our story from last week to hear both songs.

The song in question, "Still in Love (Kissing You)," was originally recorded by Des'ree under the title "I'm Kissing You." Beyoncé's camp tried to obtain permission to re-record the song, but when talks failed, the lawsuit claims that Beyoncé went ahead with it anyway. No one tells Beyoncé what she can and cannot do ... except maybe a federal court!

MTV says the singer and her label have agreed to stop distributing the albums and an accompanying music video DVD that include the song -- at least until a preliminary injunction hearing on May 4.

Beyoncé explained to MTV earlier this year that the song wasn't originally intended for the album. "It was one of my all-time favorite songs," she said. "So I just did it for myself -- a lot of songs, I do like that -- and I let people hear it and they were like, 'You are crazy, you have to put it on the album.' So I did. It was a last-minute decision." A last-minute decision that got her sued!

Calls to Beyoncé's record label reps were not immediately returned.