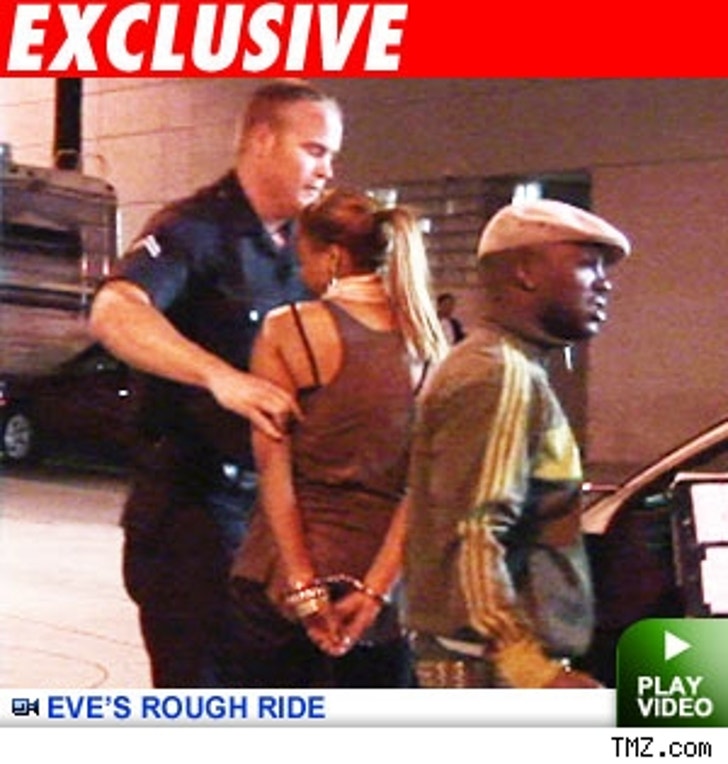 TMZ has learned that rapperista/actress Eve was arrested on suspicion of driving under the influence after she crashed her gold Maserati on Hollywood Boulevard.

Eve (real name: Eve Jeffers) was driving in Hollywood around 2:45 AM Thursday when she hit the center divider, totaling the front of her car. TMZ was on the scene, and observed that after cops arrived, they placed her in handcuffs, and (according to our staffers) she was "visibly upset" as they led her into a squad car. We've learned that there were two people in the car with Eve at the time. 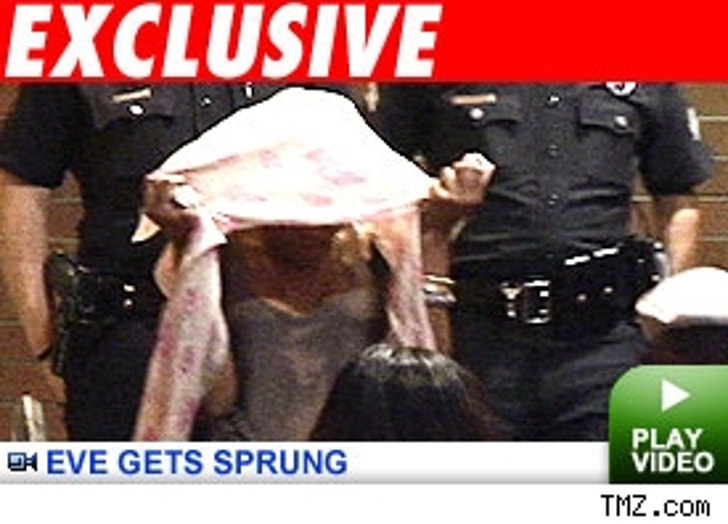 TMZ is standing by at the Hollywood division, Los Angeles Police Department.

UPDATE: TMZ has confirmed that Eve has just posted $30,000 bail and was released from Los Angeles County Jail. The rapper covered her face, as she was picked by yet another Maserati.