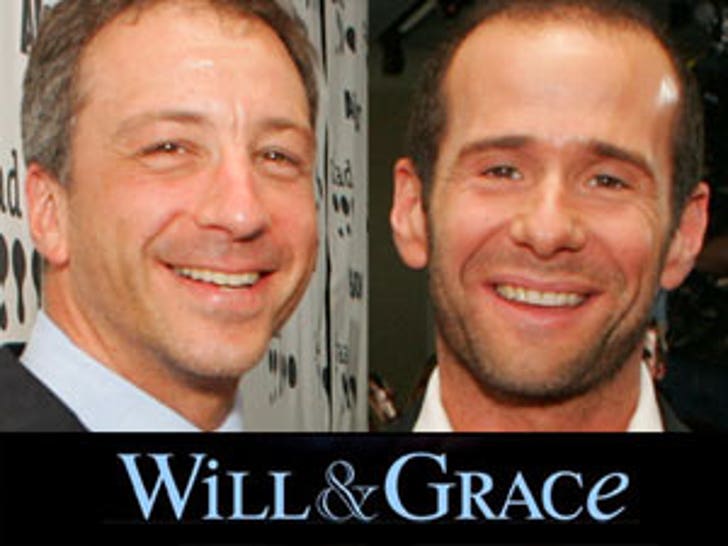 NBC has settled a gigantic lawsuit in which "Will & Grace" creators Max Mutchnick and David Kohan alleged NBC screwed them out of a fortune in profits by cooking the books. In a bizarre twist, the case settled after the jury rendered a verdict. TMZ knows what that verdict was -- $48.5 million plus an untold amount in punitive damages.

It all came down yesterday in Los Angeles Superior Court. After a three-month trial, the jury deliberated. Just before the verdict was read, NBC lawyers stood up and said they discovered new information about the foreman -- that he had a website which revealed he allegedly hated big corporations.

The judge ended up kicking the foreman off the jury and ordered jurors to go back in the jury room and deliberate all over again with an alternate juror.

But the stark prospect of opening the bank vault drove NBC to settle. Sources say, Mutchnick and Kohan got "a s**tload" of money."