Like a young apprentice following his master, "A.I." studlet Blake Lewis risked breaking curfew and journeyed into the Hollywood club scene this weekend -- behind his onscreen rival, Chris Richardson. 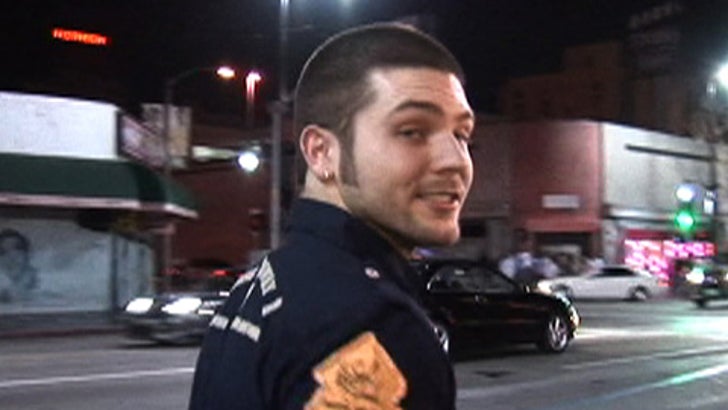 As Chris hammed it up for the cameras, answering questions and flashing his megawatt smile like a seasoned party scene vet, a shy Blake stayed mum, trailing his competition during the long walk to Parc nightclub.

While Chris didn't have any comment on his new party pal, he did have a few words about his rumored relationship with MTV star Lauren Conrad, telling our cameras, "That girl is just my friend, man." As you may remember, TMZ cameras caught the two acting quite flirty the last time Richardson hit the club scene.