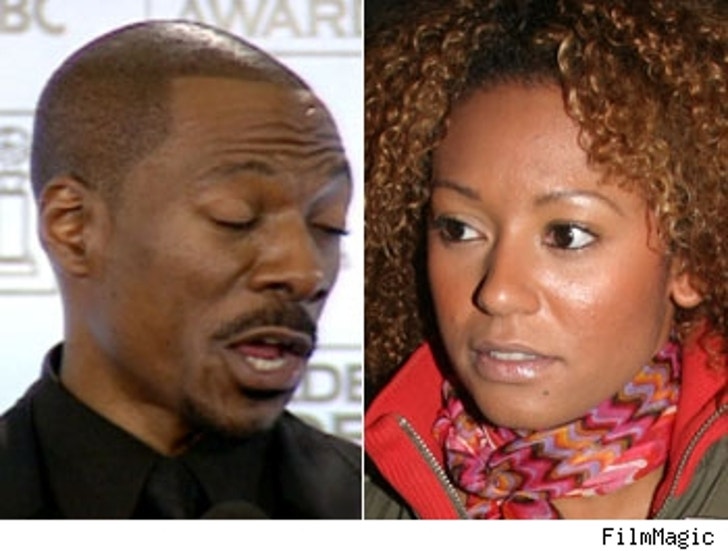 Former Spice Girl Melanie Brown is taking Eddie Murphy to court to prove he is the father of her newborn daughter, Angel Iris Murphy Brown. When one paternity suit case closes, another one opens!

Brown tells People magazine that Murphy won't take a DNA test or sign the birth certificate, "so it's going to have to go to court so he can be forced to do it, which is strange since he was the one asking for it." Murphy questioned the paternity on a Dutch television program last year.

Mel B. says Eddie has yet to lay eyes on Angel, adding, "My people have contacted his people and they just had no response to anything." Murphy's rep told People: "We do not comment on Mr. Murphy's personal life." His actions speak for themselves!