Busta Rhymes was just released back into the world after his DUI arrest this morning, but he'll have to head right back to court for his arraignment next week -- and all, according to Busta himself, over one little lousy shot of Hennessy. At least he passed on the Courvoisier! 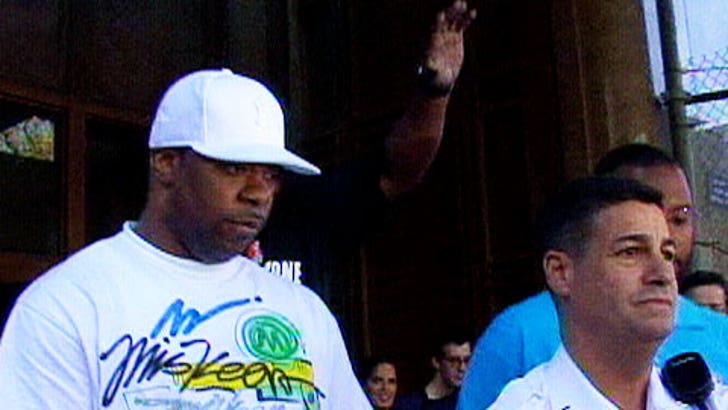 A source tells TMZ that when the rapper was accosted yesterday by the cops, he told officers that he'd only had "a shot of Hennessy" before he took the wheel of his Denali. The cops -- in the arrest report obtained by TMZ -- said that Busta had "watery and bloodshot eyes." After he failed a field sobriety test, cops took him into the station, where he actually blew a 0.067, below the legal threshold of 0.08. He was charged with one count of operating a motor vehicle while intoxicated, and one count of operating a motor vehicle while impaired.

After his release on $7,500 bail this afternoon, Busta is expected next Tuesday in court, when he'll also have to face assault charges on two separate incidents from last year. Should be quite a day for Busta's busts.