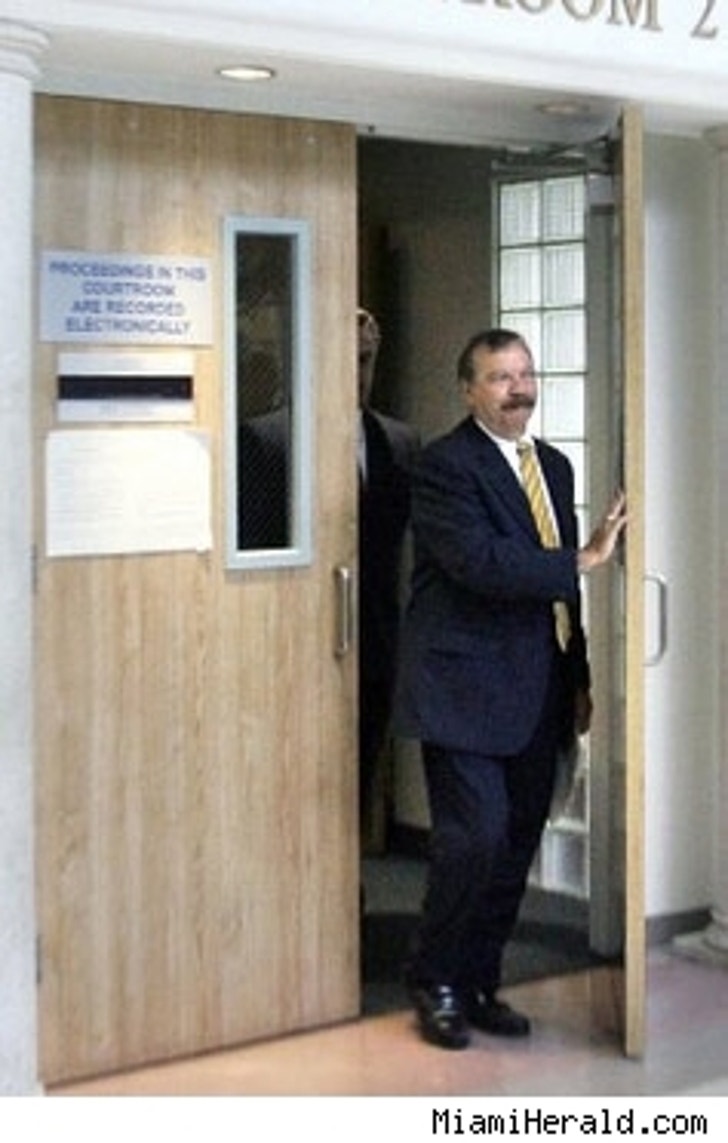 Judge Lawrence Korda couldn't have been more blunt in a Florida courtroom this morning, telling a judge that he would be hangin' up his robe for a while after he was caught firing up a marijuana cigarette while sitting on a park bench park in March.

Korda, who briefly heard arguments in the Anna Nicole Smith saga, told Broward County Judge Nelson Bailey: "Although I make no excuse for my actions, I have attempted to demonstrate my sincere contrition, remorse and acceptance of responsibility by taking a voluntary leave of absence from my judicial duties until this matter is resolved before the Judicial Qualifications Commission."

Although he's already completed a drug and alcohol course, Korda must complete 25 hours of community service as part of a plea deal, and he may also face additional sanctions from the JQD.