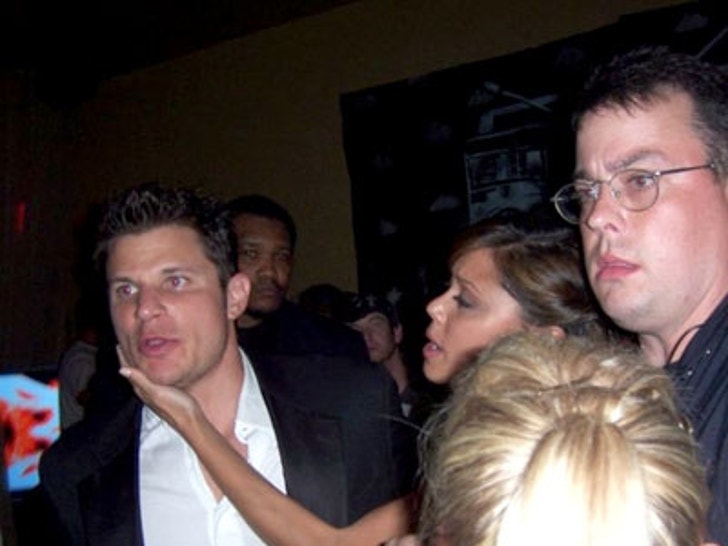 Nick Lachey and Vanessa Minnillo had a run-in on Friday night at a pre-Kentucky derby party with a guy who was not so representative of Southern hospitality. 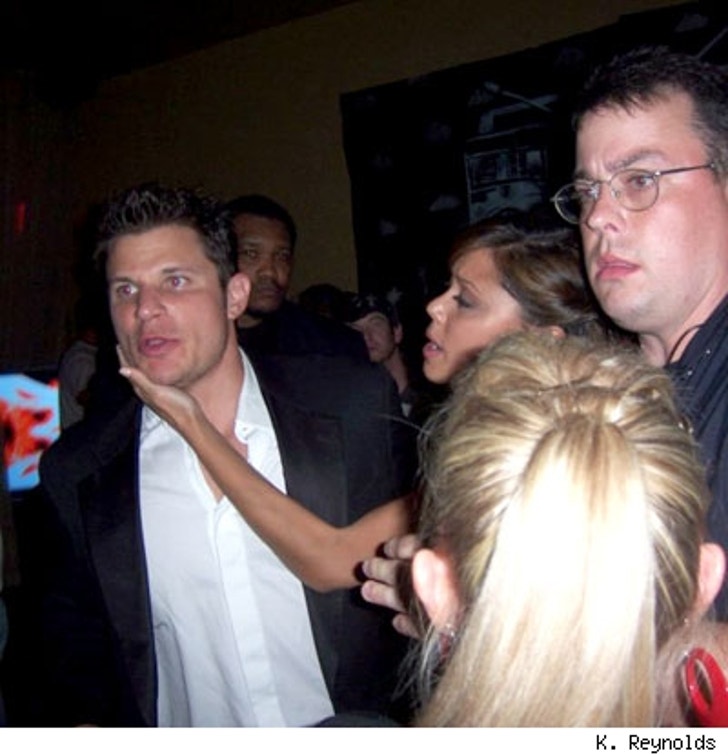 According to Nick (via his reps), the couple were making their way through the party at Club Felt, led by Nick's bodyguard, when some guy yanked Nick's arm causing Vanessa to fall down. Dude! Don't push a lady down!

While Vanessa tried to calm her pissed off boytoy, nearby police took control of the situation and cuffed the guy. They asked Nick if he wanted to press charges, but Lachey and Minnillo were content to just put the night behind them.

Don't be grabbin' on the Nick, man!