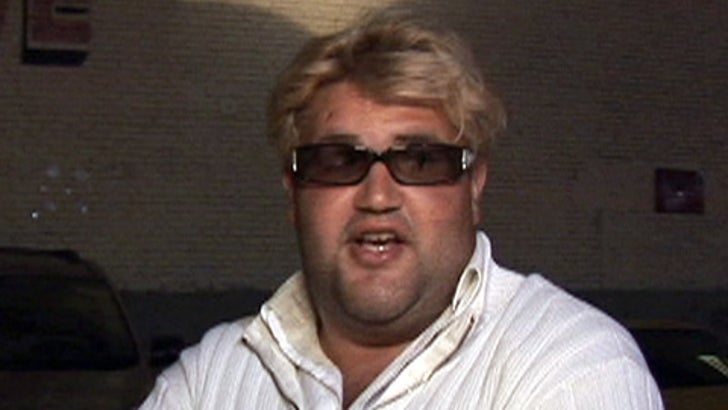 In a wacky, rambling bit of inflated discourse outside of Sugar, the Falstaffian parade float declared his fellow heir's fate an "absolute outrage," saying that Paris can't help it if people like her "do what people tell you."

Gummi, who appeared to be suffering from intestinal discomfort, declared himself a "strong fan in justice" [sic], and summed up his epicurean eloquence when he belched, "It's absolutely retarded."

Then, in a demonstration of an ego inflated nearly as much as he is, the VIP-entry-challenged Gummi Bear declared his candidacy for president before waddling away. Vote Gummi!