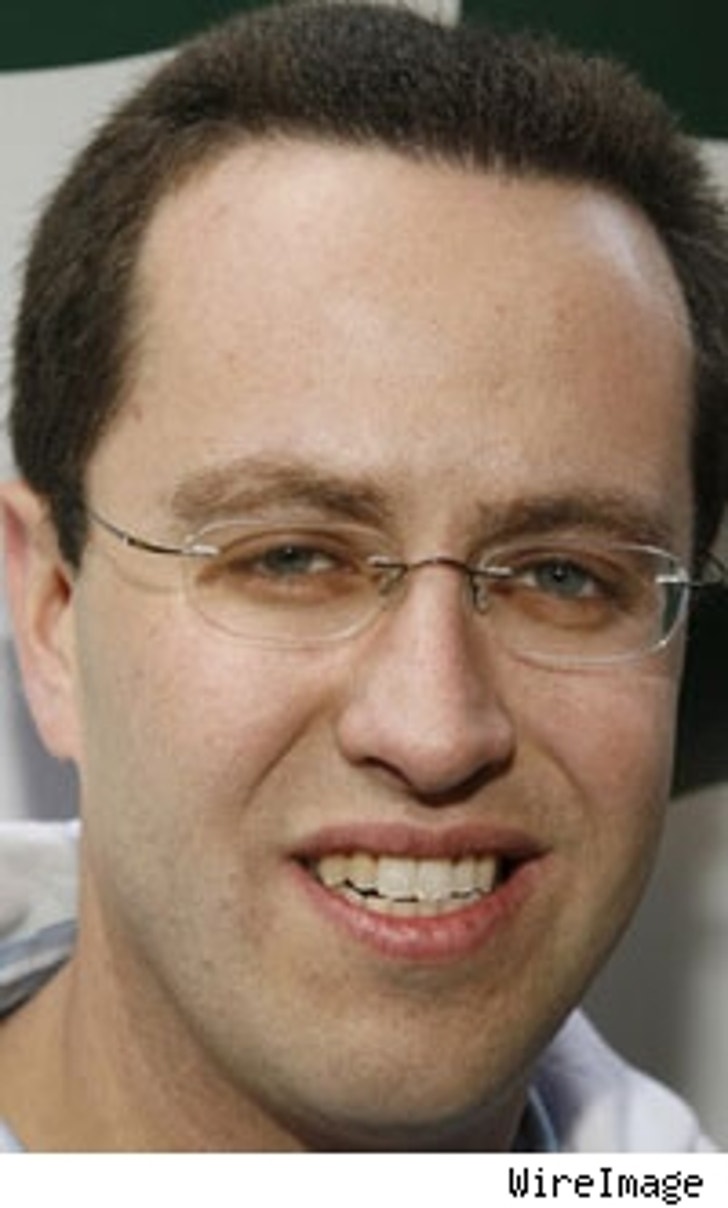 Today, he's Jared Fogel the friendly Subway guy. To scores of Indiana U. students back when, he was their in-dorm porno-rental superstore. Eat fresh!

Before he became a poster child for weight loss, the affable Subway spokestool once ran a adult film emporium from his bedroom, reports Best Week Ever. His collection was said to be "vast and extensive," and rental rates were hard to beat -- a dollar a day per vid. "People would come from all over to take advantage of the deal," according to BWE's source.

We called a Subway rep, who said that the company has no knowledge of the story and that Jared was "unavailable." The rep also pointed out that legends have sprung up from time to time about Jared, including one that he'd died.