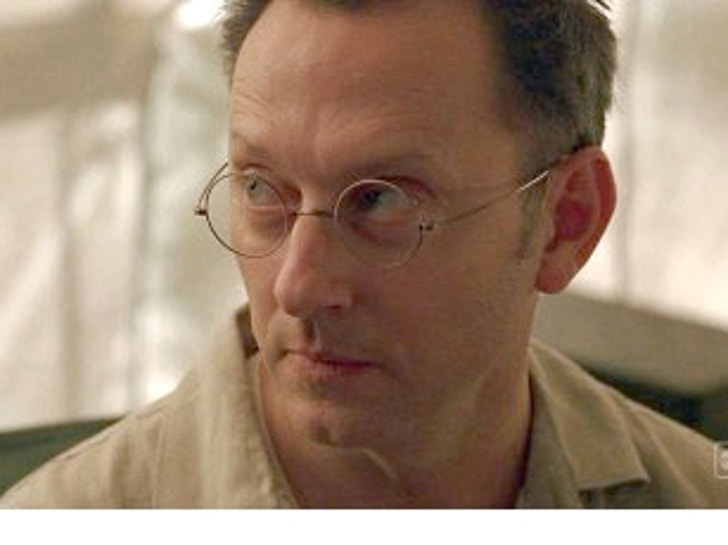 Have I mentioned how awesome you guys are? I've got two reasons. First of all, you got my back. Someone posted a comment about the Henry Gale/Ben thing, and there were comments galore defending me. I thought about relenting and just calling him Ben, but then one person wrote: "If Daniel ever starts calling Henry Gale 'Ben,' I will cry. It's now a point of honor." Amen to that, brutha.

The other thing I love is that you guys have quietly formed a great little community of "Lost" fans here, and I think we need to do more with it. More on that later on in the article.

For all you "Lost" Diary newbies, here's how it goes. I gather with a group of friends watching "Lost," writing what happens on the show as it happens, and throwing in my two cents along the way. This week the crew is Ari, Lauren, Marisa, April and Matt. Let's roll:

10:00 -- I'm a guy, so I will never fully understand the rigors of childbirth, but I have to assume that giving birth in the jungle doesn't help matters. 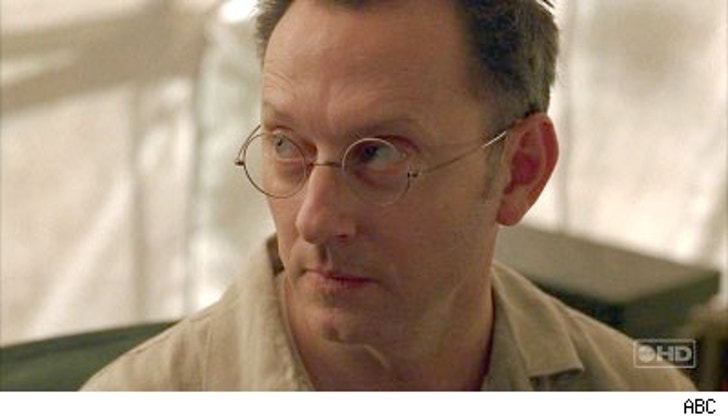 10:04 -- Uh oh, Richard screwed up and the tape recording is missing. Meanwhile, Locke returns to the Others camp with his father's dead body on his back? Um, where do you want me to put this, Henry Gale?

10:08 -- The fact that Locke is calling out Henry Gale about there being no Jacob makes me immediately believe that there is. Henry Gale doesn't lie ... except when he does.

10:10 -- Alright, so Henry Gale had to be at least 10 years old when we see him get to the island -- he HAS to remember coming there. So is he lying to everyone when he says he was born there or does he just not remember? 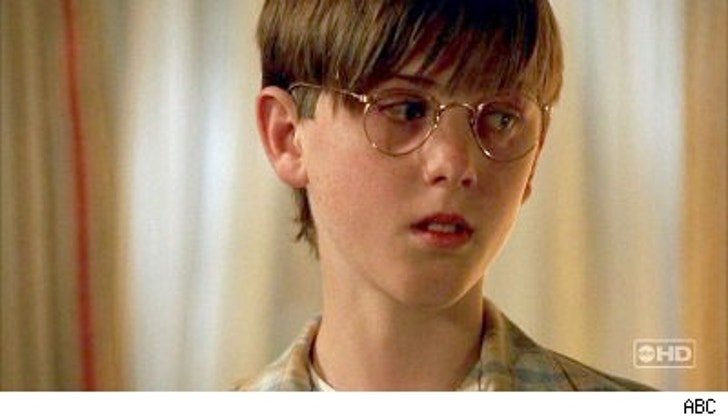 10:12 -- "Roger Workman" is the "name" of the corpse that Hurley found in the horrible van episode. But that wasn't his name; it was his name and title. Hurley found Henry Gale's father's dead body. Creepy.

10:13 -- Mikhail is freaking out about Naomi being on the island, and so is Henry Gale.

10:15 -- Locke's beating of Mikhail is interesting for one reason: no one stopped him. Not even when Henry Gale asked them to. Very telling.

10:18 -- Alex feels that Locke needs a gun if he's going to see Jacob. I wonder if we'll find out tonight how Henry Gale came to be her "dad."

10:19 -- Dharma Middle School is interrupted by the Hostiles. Another possible question we might get answered tonight.

10:20 -- So Henry Gale's dad was a prick; no real surprise. I hope we see a little of how he rose to power and not just the kid Henry Gale. Not as interesting. But I guess there will always be more Henry Gale flashbacks.

10:23 -- Did you see the sly smile Locke flashed Mikhail as he walked past him? Classic. By the way, remember when I said Henry Gale never lies except when he does? I think he's totally lying about taking Locke to see Jacob. He WANTS Locke to meet Jacob. Better yet, Jacob WANTS to meet Locke.

10:28 -- "Kinda hard to celebrate on the day you killed your mom." -- Henry Gale's dad. Father of the Year material right there.

10:32 -- No one trusts Jack, Jack doesn't trust anyone. Why is everyone so paranoid? With everything that has happened, don't they have more -- A LOT MORE -- to worry about than each other?

10:37 -- I see it all happening before it happens. Lil Henry Gale goes looking for his mom, deactivates the sonic fence, the Hostiles come in and kill most everyone. Did the Hostiles (aka The Island) conjure up Henry Gale's mom's ghost so that all this would happen? Poor Lil Henry Gale. Let's see if I'm right.

10:40 -- OK, so did Henry Gale join the Hostiles, overthrow the Dharma Initiative and create the Others? And doesn't Henry Gale seem like he should be older than Richard?

10:42 -- Time for final Jacob predictions. My friend at work thinks that somehow Locke is Jacob. If he turns out to be right, I will explain his theory later. If he's wrong, I will make fun of him tomorrow. 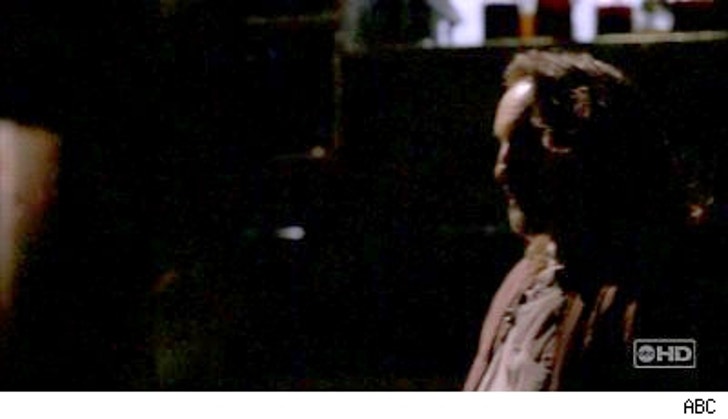 10:50 -- So Henry Gale knows he wasn't born on the island. At least he's not completely insane.

10:51 -- So Henry Gale's great Dharma education allowed him to grow up and become a janitor?

10:53 -- Henry Gale is checking his watch. My theory about him and the Hostiles wasn't quite right, but he's definitely about to lead the revolt.

10:56 -- Henry Gale is explaining how he chose sides and helped to "purge" the Dharma Initiative. And somewhere along the line he became King of the Others. It would be interesting to see how he usurped Alpert for control. Jacob, perhaps? 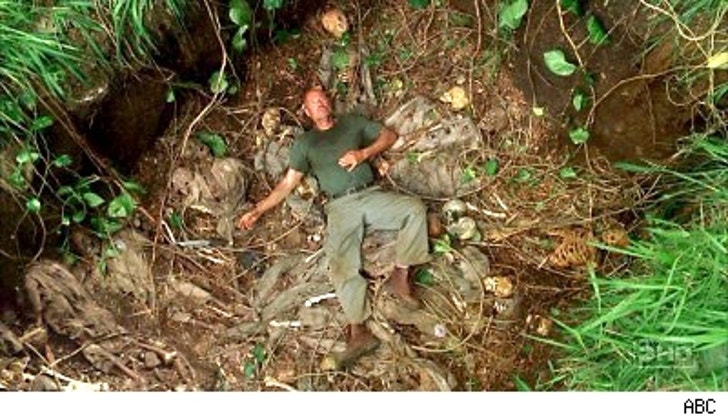 Whenever I watch an episode of "24," and Jack Bauer is put in a life or death situation/cliffhanger, I always laugh. Really, they're going to kill Jack Bauer? Come on. So is John Locke an unkillable character on "Lost"? Are certain characters easier to kill of than others? Yes and Yes. Let me explain:

Locke is one of the two most indispensable characters on "Lost" (Henry Gale being the other). Those two characters, more so than any others on the show, are connected with what is happening on the island. They are the ones that are most rooted in the entire essence of the show; the island itself. Juliet, Desmond and Hurley are up there, Sayid and Sun, too. But those two are the heart and soul of the show right now.

And the opposite is true for so many other characters. Charlie, for example, has nothing to do with anything (which is the main reason I hate him). Is there any mystery to him? Anything unsolved? Does he bring anything to the table? And most importantly, if we just lifted him off the show, would anything be missing? He is completely and utterly dispensable. So is Claire, Jin, Kate, Sawyer (sorry Lauren) and in a lot of ways even Jack.

**MILD SPOILER ALERT. READ THE NEXT PARAGRAPH AT YOUR OWN RISK**

From what I've heard (try as I might to avoid it), five characters die before the end of the year. Charlie, Claire, Jin, Kate and Sawyer are the most dispensable characters, as I just mentioned. Could it be them?

So in summary, Jacob will "help" Locke. The show needs him.

I feel like I learned a lot this week, a lot of new questions were certainly raised, and some good ones were answered. But, like I said, I don't think Locke is really dead, so the cliffhanger doesn't really do much for me. I give the episode an A.

So here is my question to you this week: Who do you think are the two most indispensable characters on the show? You already know my answer.

So as I mentioned, I love the little community we've got going here. So for the last two weeks of the show, I am going to try and write a second "Lost" column, which will run the next three Mondays (assuming you guys are into it). The idea for the column is a mailbag. I'll take some things from the comments here at TMZ, but I mainly want you guys to email me questions and we'll do a sort of Q&A thing. They don't have to be hardcore "Lost" questions, but let's try and stay on topic a little bit.