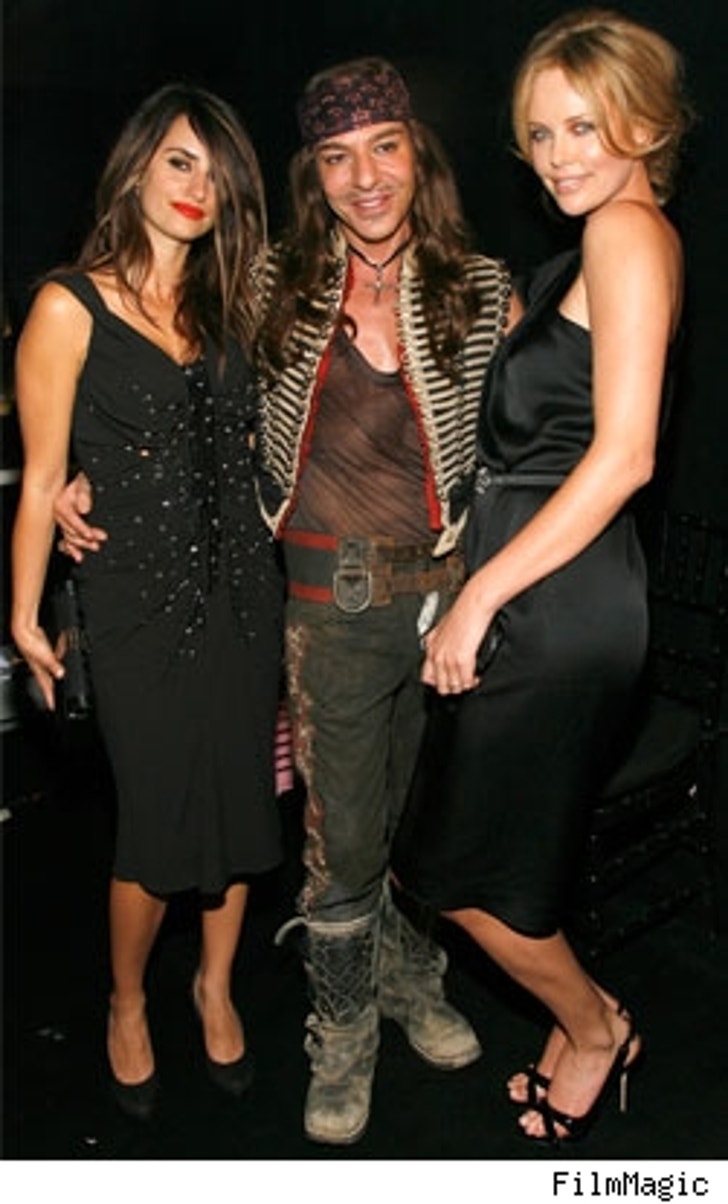 Hidden inside a gorgeous Cruz and Theron LBD sandwich, one almost fails to notice that the over-the-top couture king looks like he was styled by Captain Jack Sparrow. Arrrgggh!

Although Penelope and Charlize co-starred in the film, Johnny G.'s the one with his "Head in the Clouds." 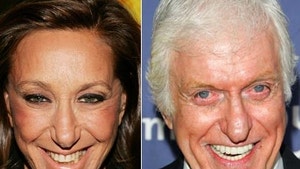