A former stylist and dresser for Oprah Winfrey's "The Color Purple" is suing the Broadway show -- produced and presented by the media queen herself -- after she was fired, she says, for daring to suggest that there weren't enough people of color working for the show. 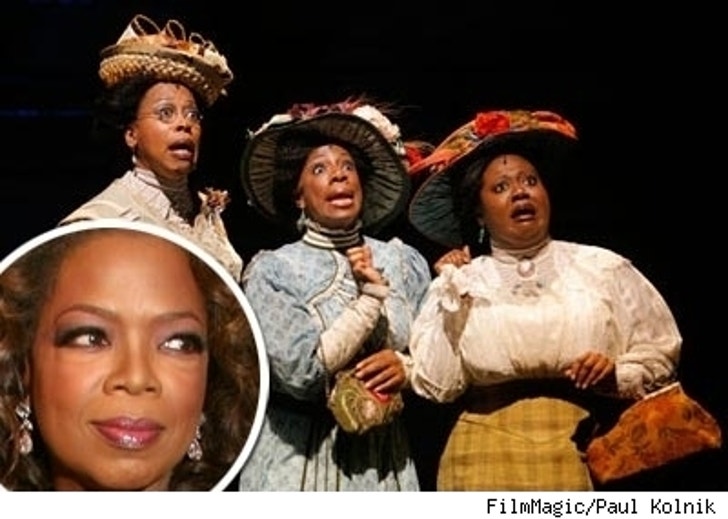 TMZ has just obtained a lawsuit filed by Shawnique Hill in a Manhattan federal court. She alleges that during her employment she raised the issue with one of the bosses that, "while the talent employed onstage was a cast of African American actors ... the crew hired backstage was Caucasian with the exception of three persons of color." What's more, she claims that her direct supervisor -- a Caucasian -- addresssed her as "sister" and "girlfriend," which offended Hill, who is black.


Hill claims the production retaliated against her for the comment, harassing her, and ultimately firing her. Hill seeks unspecified damages.. Oprah was not individually named in the suit.

UPDATE: A rep for "The Color Purple" tells TMZ, "We can confirm it is in litigation. We are confident there has been no violation of law."